One person missing after oil rig explosion in Louisiana 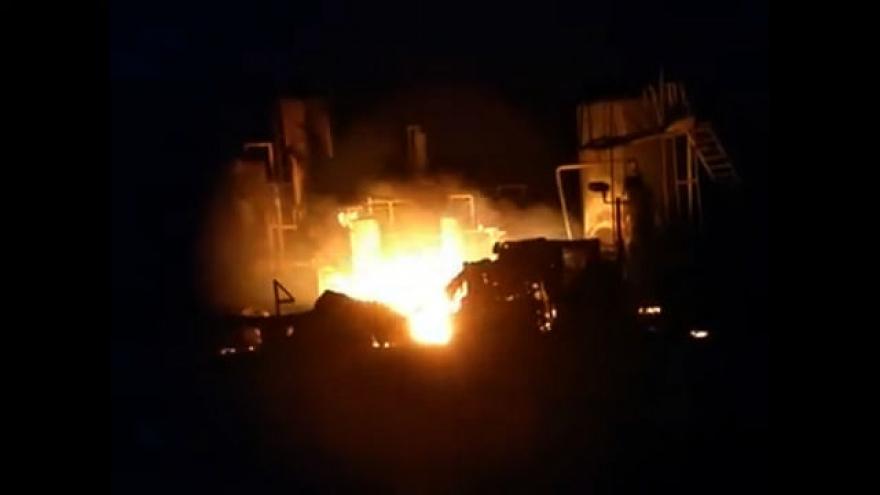 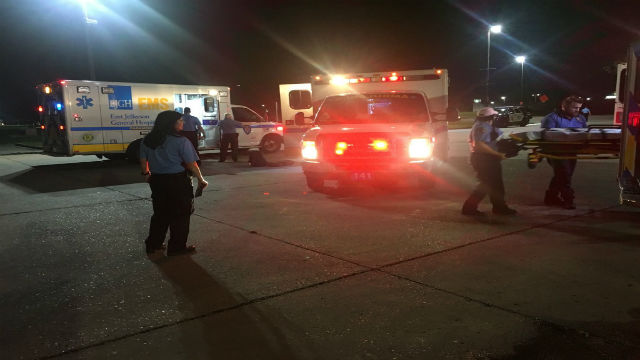 Emergency Personnel at the Williams Boulevard Boat Launch, a staging area to access the site of an oil rig explosion on Lake Pontchartrain in Louisiana. City of Kenner Government

(CNN) -- The search for a man missing after an oil platform on Lake Pontchartrain, Louisiana, exploded Sunday night has been suspended, according to the US Coast Guard.

"The decision to suspend a search is never an easy one," said Cmdr. Zac Ford. "We send our thoughts and prayers to the Morrison family and all those affected by this incident."

Seven other crew members on the platform were rescued and rushed to local hospitals. Four of them have been discharged, said Mike Guillot, director of East Jefferson Emergency Medical Services.

US Coast Guard Petty Officer Lexie Preston said the agency has launched a helicopter to assist in the search for the missing man.

The fire burned overnight, but there is no longer an active fire on the platform, which is a storage and transfer structure for oil wells on the lake, Jefferson Parish Sheriff Joe Lopinto said at a news conference Monday evening.

A spokesman for Clovelly Oil Co., which owns the platform, said it was both an oil and a natural gas platform.

Nearby residents reported hearing what sounded like a "sonic boom" coming from the lake at 7:19 p.m., at which point the city's fire department was dispatched to investigate, said Ben Zahn, mayor of the city of Kenner.

It was also likely that oil was spilling into Lake Pontchartrain, said Chief Dave Tibbits of the East Bay Consolidated Fire Department.

Officials were trying to find the valve to shut off what they believe is oil leaking into the lake, a broad but shallow estuary just north of New Orleans.

What caused the blast is unclear, but fire investigators are looking at the possibility of a combination of chemicals that may have ignited on the platform and led to the explosion.