One year later, murderer still on the run 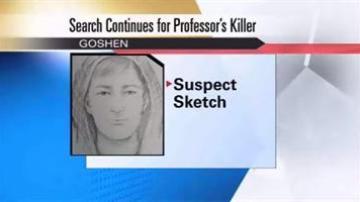 GOSHEN, Ind. -- It has been one year since a home invasion of a Goshen professor's home left a man dead and his wife beaten.

Police say that a man broke into Jim Miller's home last October and stabbed the 58-year-old to death. They also say the man beat Miller's wife, Linda. Linda was able to hide in a bathroom and call 911.

Police released a sketch of the suspect just days after the attack. No arrests have been made.