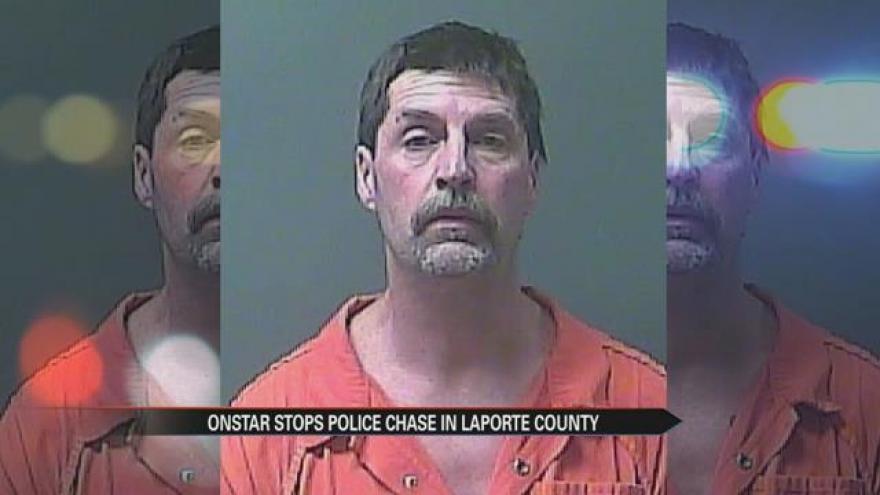 On Tuesday, La Porte Police spotted a stolen vehicle and the driver led them on a high speed chase.

La Porte Police say nobody was injured but 48-year-old Todd Kimberlin disregarded stop signs, reached speeds up to 90 miles per hour and forced oncoming traffic off the roadway.

Those were just some of the dangerous stunts police say Kimberlin carried out as he was pursued by La Porte Police Tuesday afternoon.

Just before 4:30 p.m. on Tuesday, La Porte police were notified that a 2012 gold Chevrolet Traverse was stolen in Plymouth and was being tracked to their area.

OnStar service inside the SUV was sending back real-time information on where he was heading.

Kimberlin drove the stolen vehicle north on US 35 before officers spotted him, ensuing a dangerous chase.

When cops got behind him, he floored it, flying through busy intersections and pushing oncoming cars off the road.

Eventually OnStar reduced the vehicles speed to 20 miles per hour which helped police force Kimberlin to stop near the intersection of County Road 150 E.

Police say a La Porte police squad car and the stolen vehicle were damaged in the incident.