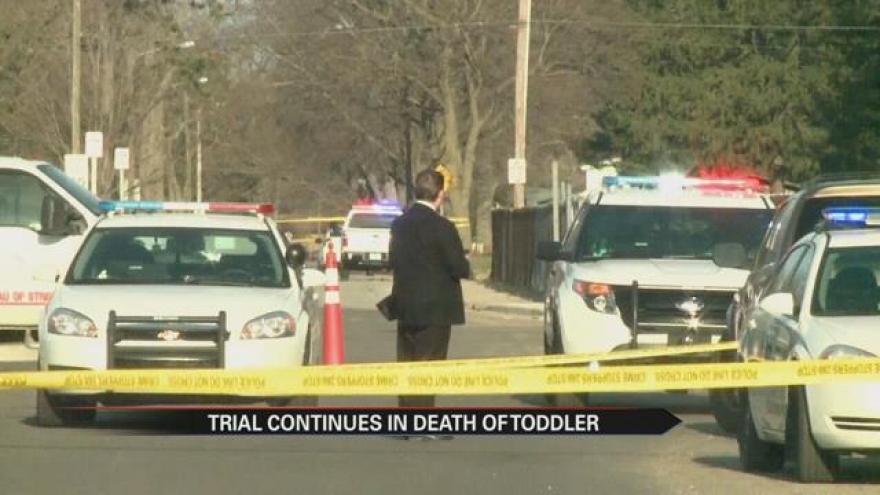 Bradbury is accused of aiding in the murder of 2-year-old John Swoveland Jr., a toddler hit by a stray bullet from gang activity in Coquillard Park.

Bradbury’s family and friends were in court supporting him.

He faces a murder charge for allegedly helping along Robert Griffin shooting at another teen, Larry Bobbitt.

That bullet instead hit 2 –year-old Swoveland a child playing outside his aunt’s house at the time.

When Bobbitt took the stand Tuesday, he actually said Bradbury told griffin not to shoot as the teens argued at Coquillard Park.

Police say the April 9, 2014 shooting was rooted in gang activity.

Daniel Williams was also a witness.

He was brought to court in an orange jumpsuit and chains, already sentenced for lesser charges in the case.

In a somber moment, a reverend described finding Swoveland’s body lying on the ground as a bystander.

South Bend and Metro Homicide officers also described the complicated scenes they had to work.

There were two crime scenes and there were several upset family members who were there that day.

Witnesses say it was a fight between rival groups on April 8, that actually lead to the shooting on April 9.