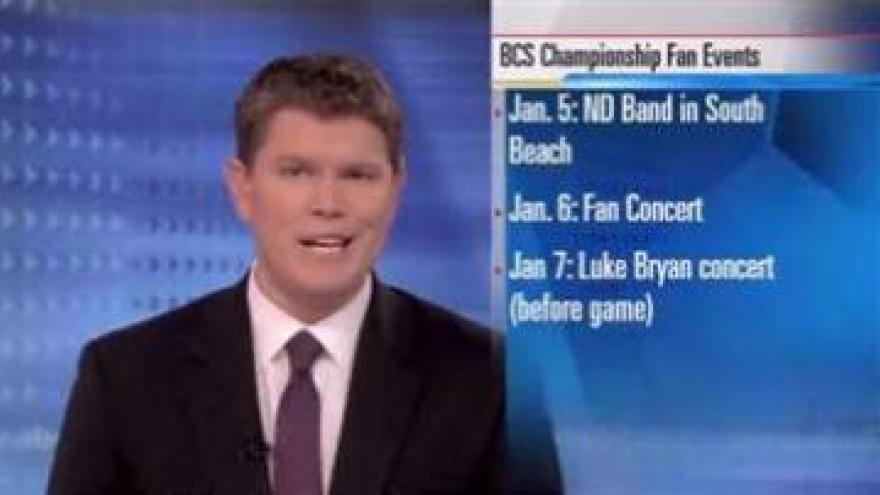 MIAMI -- The Orange Bowl Committee is making sure fans have an experience when they arrive for the BCS Championship game.

The Notre Dame Marching Band will perform on South Beach on Jan. 5.

Several top performers will play a fan concert on Jan. 6.

And country superstar Luke Bryan will perform at Sunlife Stadium before kick-off.

The Orange Bowl Committee said it is really preparing for Irish fans.

"Those that cannot get into the stadium, we think there will be several thousand that will be there in the South Florida area, just enjoying the experience," said Larry Gautier. "A lot of them will be in the parking lot, tailgating if you will, some will be South Beach. We think over 50,000 will be in South Florida during this week."

The Orange Bowl is also giving away two tickets to the BCS Championship when it reaches 10,000 followers. Just follow @Orange Bowl on Twitter.