Oregon mall shooter: 'I have lived one crazy life so far' 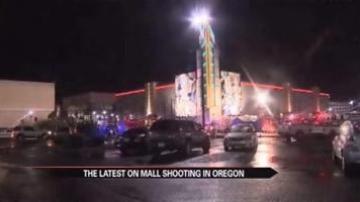 PORTLAND, Ore. -- We are learning quite a bit about Jacob Tyler Roberts, the 22-year-old who allegedly shot three people in an Oregon mall.

Before the shooting he took to Facebook saying "I have lived one crazy life so far."

Last week, friends said he quit his job, sold all of his personal items and planned to move to Hawaii. He even bought a plane ticket.

The young man acted alone, shooting three people, killing two of them, before turning the gun on himself.

The question remains, why?

The surviving victim is still listed in serious condition.

Specifics about that person's injuries have not been released.