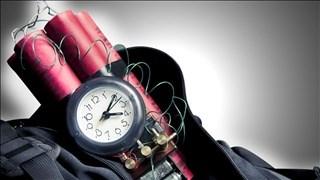 An Oregon man has pleaded guilty to terrorism charges for his role in supporting a 2009 suicide attack carried out in Lahore, Pakistan, at the headquarters of the country's intelligence agency.

Reaz Qadir Khan, 50, who is a naturalized citizen of the U.S. admitted to "providing advice and financial assistance" to individuals who carried out the attack that killed approximately 30 and injured 300 more, according to court filings.

Khan was accused of helping Ali Jaleel, a citizen of the Maldives Islands, and two others believed to have carried out the attack by using a large, bomb-laden truck to penetrate the perimeter of Pakistan's Inter-Services Intelligence agency on May 27, 2009.

Shortly after the attack, al Qaeda released a video through its media outlet, As Sahab, where Jaleel makes a statement taking responsibility for the suicide bombing, as well as video purporting to show him preparing at a terror training camp in what authorities believe was the Federally Administered Tribal Area of Pakistan.

Using email, intermediaries, and coded language, Khan would send money or guidance to Jaleel and his family, including providing information to help him travel undetected to Pakistan.

In one email in court filings sent to Khan from Jaleel, he stated "where are the words you said with tears in your eyes that 'we shall strive until Allah's word is superior or until we perish'??? 'this world is of no use to use so let's sacrifice ourself." Just a few months later, Jaleel would be detained in Colombo, Sri Lanka, on his first attempt at traveling to Pakistan and sent back to Maldives where he was placed under house arrest for some time.

The two continued to conspire to travel to Pakistan in order to carry out suicide operations, as well as plan for the family of Jaleel, following his death.

He told Khan that his family should "join yours" and regarding Jaleel's children, Khan should "bring them up well." Following the attack, Khan continued to provide assistance to Jaleel's two wives with the intent of helping her and others in the Maldives involved in the attack elude authorities and prosecution. Khan's defense and the government agreed on a prison sentence of 87 months for the Oregonian, who will be sentenced in June.