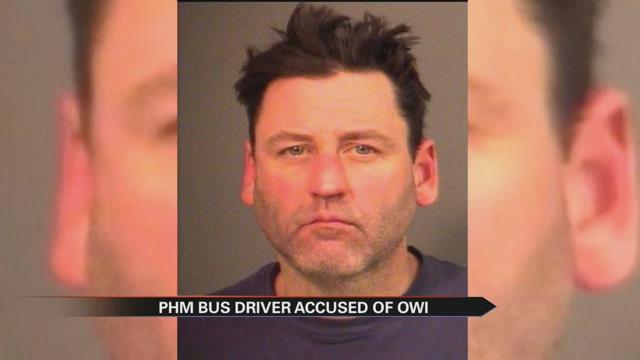 A Penn-Harris-Madison bus driver was arrested for drunk driving just a few hours before he told police he had to go to work.

It started just after midnight Wednesday when police took a report of a hit and run in River Pointe Apartments.

Police came back to the apartments at 4 a.m. to see if their suspect would return.

According to reports, that’s when Klahr pulled in in a vehicle matching the suspect’s description.

Responding officers say he smelled of alcohol, and when tested, his BAC was as higher than .15.

Before conducting a sobriety test, police say Klahr told them he needed to be at work at 7 a.m.

Based on his BAC, police say he would have been far beyond the legal limit by the time he was set to drive the bus.

“Anytime a person gets behind the wheel intoxicated, whether they have those types of jobs or not, it’s putting everyone in danger, including themselves,” Lt. Tim Williams of Mishawaka Police said.

Klahr now faces three misdemeanor charges, one for leaving the scene of the accident and two for an OWI.

“Penn-Harris-Madison School Corporation was made aware on Wednesday, Feb. 17, 2016 that Mr. Richard Klahr was arrested on alcohol and accident related charges. Subsequently, we notified Mr. Klahr that he was being placed on immediate unpaid suspension pending the outcome of the investigation. Today (Thursday, Feb. 18, 2016), P-H-M obtained copies of the police reports confirming Mr. Klahr's arrest on DUI related charges. Mr. Klahr was employed as a P-H-M bus operator. The incident did not happen on P-H-M property or while Mr. Klahr was on duty. The School Corporation is in the process of notifying Mr. Klahr that he will be recommended for termination effective today, Feb. 18, 2016. Safety is and remains P-H-M's highest priority.”