Pair accused of attacking woman, attempting to steal her purse 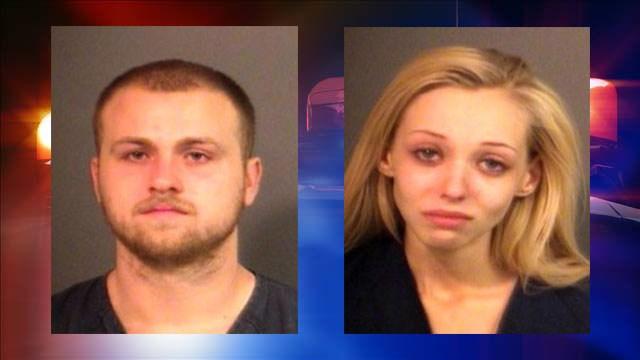 Two people were arrested in Walkerton for allegedly attacking a North Liberty woman and attempting to steal her purse, according to Walkerton Police.

Walkerton Police were called to the CVS Pharmacy on Liberty Street for a battery in progress Thursday afternoon.

When police arrived, they determined Tory Burgh and Gabrielle Adams attacked a woman, according to police.

Police say the victim was threatened with a loaded gun, strangled and beaten.

Police say drugs and weapons were recovered from the scene.

The entire incident happened in front of the pair's 15-month old child, police said. The child was taken into custody by CPS and placed with a temporary caregiver.

The victim was taken to Memorial Hospital for her injuries.

Burgh was charged with battery causing bodily injury, intimidation with a deadly weapon, strangulation, pointing a handgun, drug possession, possession of a handgun without a license and child neglect.