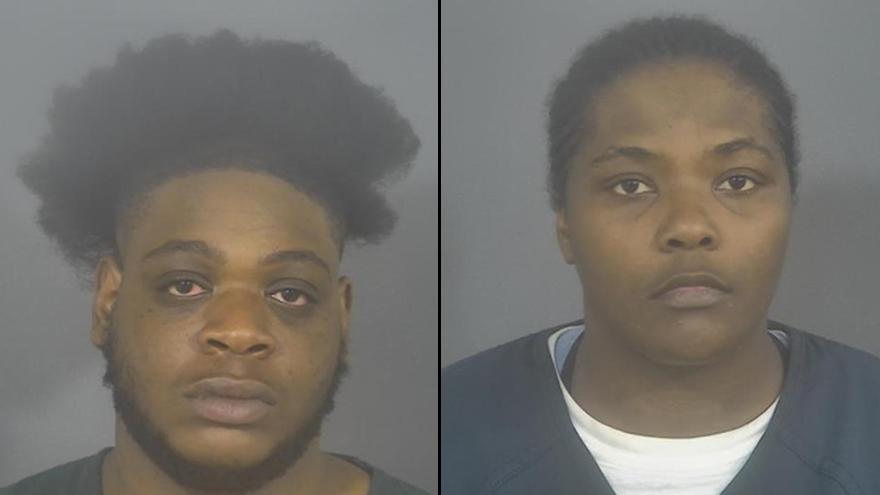 SOUTH BEND, Ind. -- Two people were arrested after they went through an apartment complex pointing guns and threatening residents, according to court documents.

South Bend Police were called to an apartment complex on Ardmore Trail on Thursday for reports of a person with a gun.

When police arrived, they spoke with a witness who said a man had been driving through the complex waving a gun and yelling threats, according to the probable cause affidavit.

The officer watched video of a man and woman walking around waving guns and yelling, reports said.

The complex manager wanted them removed from the property and cited for trespassing.

He then pointed out the vehicle to police.

The officer spoke with the driver, identified as Winter Ciera Goodwin, and passenger, Azairon Alexander, and Goodwin began yelling obscenities, according to the probable cause affidavit.

Goodwin and Alexander were taken into custody.

When the vehicle was inventoried, police found a handgun and box of bullets under the driver’s seat and a handgun on the floor of the front passenger seat, police said.

Alexander has been charged with carrying a handgun without a license and intimidation.