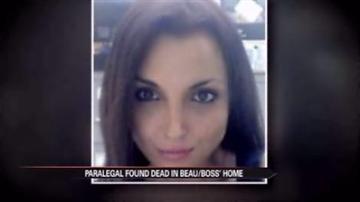 PHILADELPHIA -- Philadelphia Police are investigating the death of a 26-year-old paralegal.

The woman was found dead in a bathtub full of water at the home of a prominent Philly attorney who was both her boss and her boyfriend.

The defense lawyer known for his mob clients had been with his girlfriend for six weeks and was reportedly out of town the night she died.

"This is not a crime, it's a tragedy. Until someone tells me otherwise, there's no proof of foul play or crime," said Pamela McCarthy, neighbor.

Police are questioning her boyfriend as a witness but he is not considered a suspect.

The victim would have turned 27 next week.