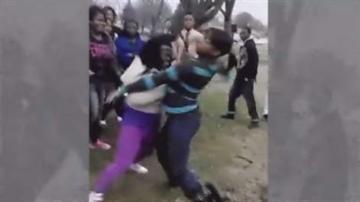 BENTON HARBOR, Mich. -- Parents of students who attend Benton Harbor High School are afraid to send their kids to school after several fights turned into a riot on Friday. Several students were arrested and now the superintendent is taking action.

The superintendent said several students will be suspended and possibly expelled.

Police say they were first called to the school for a fight involving three juveniles within the school. Those students were arrested.

While they were being processed police got another call to come back to the school for more fights. Parents described that fight as a riot.

Five outside police agencies were called in to disperse the crowd.