Parents of boy who was killed by baseball speak out 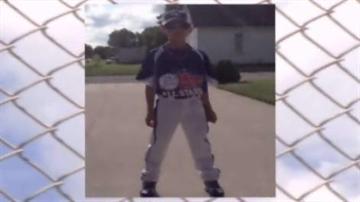 UNION CITY, Mich. — The parents of an 8-year-old Union City boy who died after being hit by a baseball are speaking out for the first time.

Dylan Williams died after that baseball hit him in the neck and sent him into cardiac arrest. He was practicing with his baseball team.

His parents are still in shock that they took him to practice and never brought him back home.

"Just to all the parents with kids, young, old. Give them a hug. Kiss them goodnight," said Dylan's father Erick Williams. "Don't ever not tell them how much they mean to you, because they're gone in a second."

The family did donate Dylan's organs and hope to meet the recipients one day.