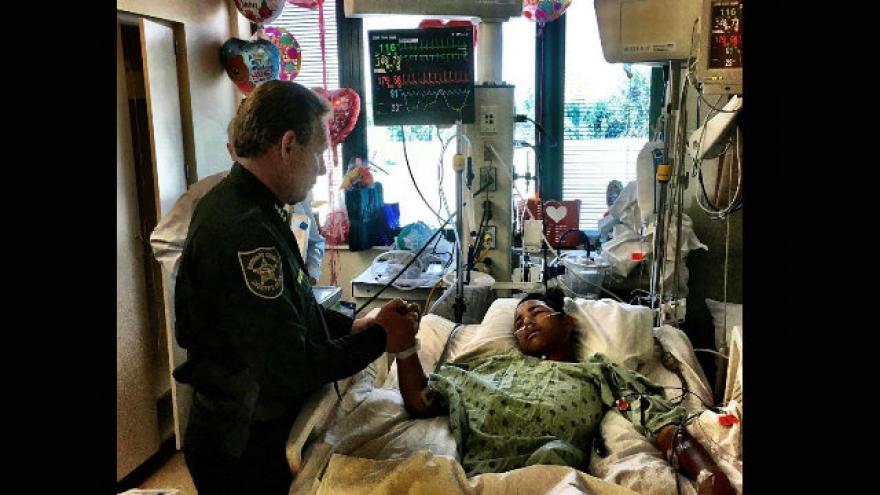 By Holly Yan and Chuck Johnston

(CNN) -- A 15-year-old who protected his Florida classmates from gunfire is now in critical condition, a hospital spokeswoman said.

On February 14, after barricading a door with his body, Anthony was shot five times through the door by the gunman. Four days later, Broward County Sheriff Scott Israel visited Anthony in the hospital.

"The failure of Broward County Public Schools, and of the Principal and School Resource Officer to adequately protect students, and in particular our client, from life-threatening harm were unreasonable, callous and negligent," attorney Alex F. Arreaza wrote in a notice of intent to sue.

As of Thursday afternoon, a verified GoFundMe account for Anthony's family has raised more than $625,000.