Part of I-94 closed after car vs semi accident 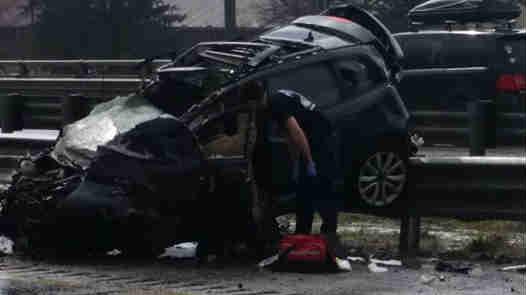 Berrien County Dispatch was asking people to avoid the eastbound lanes of I-94 due to an accident that had traffic stalled.

Dispatch says they received the call of an injury accident involving a car and a semi around 3:40 p.m. Thursday.

At least one person was injured in this accident and taken to the hospital by ambulance. A witness says a person was extricated from their vehicle using the Jaws of Life, but dispatch could not confirm that.

Dispatch says traffic was being diverted away from the eastbound lanes of I-94 near exit 28 and they were asking people to avoid the area while the scene was being cleaned up.

Around 6:30 p.m., the Michigan Department of Transportation issued a notice stating the scene had been cleared and the roadway was reopened.