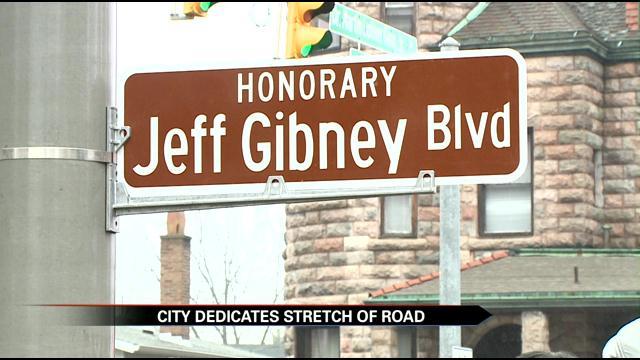 South Bend has dedicated a portion of a downtown street to a man who spent part of his life strengthening South Bend neighborhoods.

In April, Gibney passed away.

Gibney's daughter Maggie is touched by the dedication.

“It's a great place to walk. It's a great place to lice and to have dad's name be part of it. When we ahd a celebration of life, they made a sign and it said this is one of the things that remind us of Jeff Gibney: 726 West Washington. No one has been more proud to be from the west side. So I think it's beautiful.”

The newly renamed stretch of road runs between William and Walnut Streets, which is located in South Bend's historic district.

Gibney spent most of his life preserving that neighborhood.