Parts of region pushing moderate drought; any relief in sight? 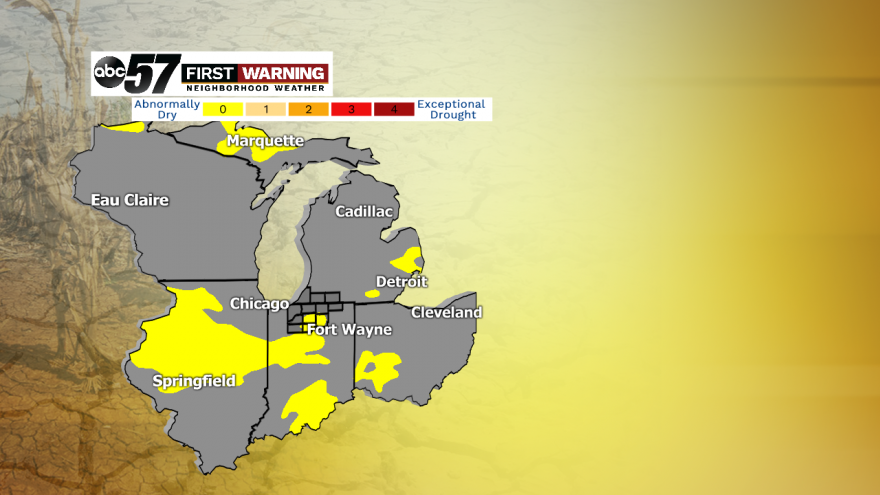 Rainfall has been a rarity over the last few weeks courtesy of a quiet weather pattern setting up shop. That has led to the development and maintenance of "abnormally dry" conditions across a good chunk of the Midwest. 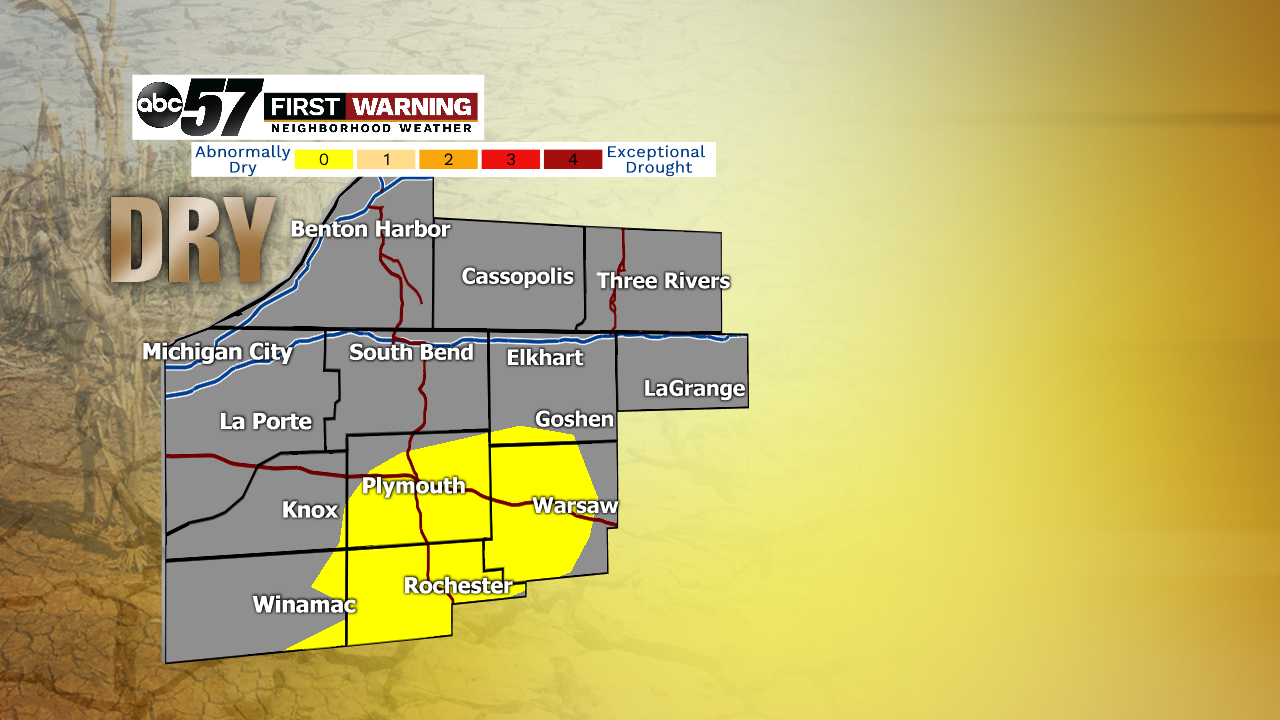 That includes parts of Michiana, where Marshall, Fulton and Kosciusko Counties are included in the Drought Monitor's "Abnormally Dry" category. And while not technically highlighted, Starke County and Pulaski County are rather dry due to the recent rain falling north of U.S. 30. 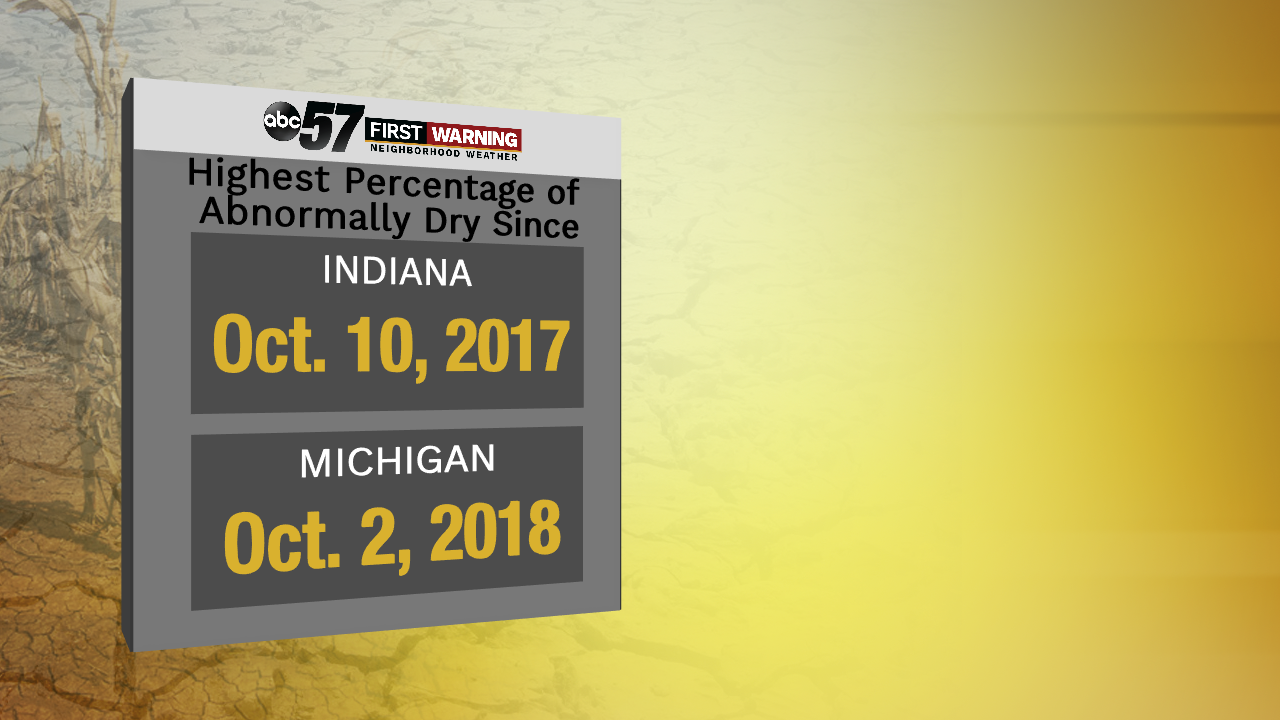 It's the driest both Indiana and Michigan have been in quite some time. In fact, the amount of Indiana in the "Abnormally Dry" category is nearly 34%. That's the highest value since October 10, 2017! For Michigan, the numbers are a little lower. About 13% of the state is highlighted as "abnormally dry."

The last time that happened was nearly a year ago on October 2, 2018. 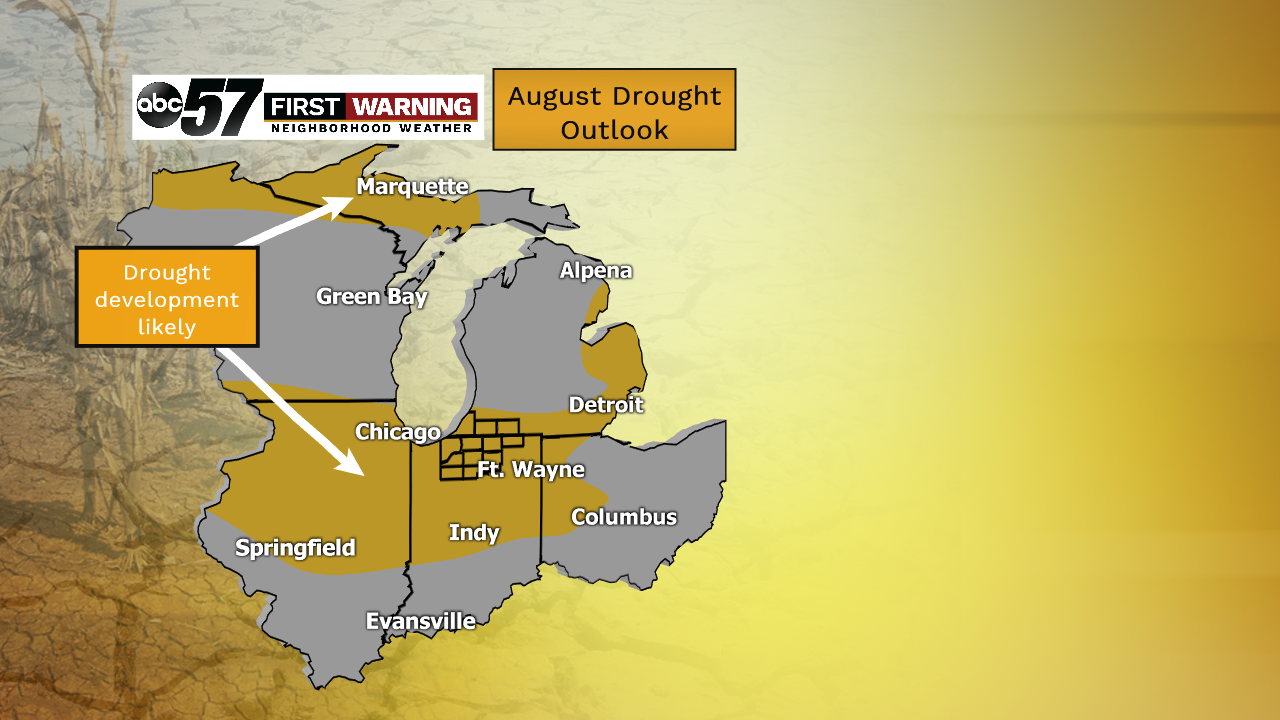 August drought outlook. CPC
And it could certainly get worse before it gets better. The Climate Prediction Center placed all of northern Illinois, northern Indiana and far southern Michigan in the "drought development likely" area for the month of August. That of course would include all of Michiana.

While not everyone will develop true drought conditions over the next few weeks, the chances of problematic drought development in at least part of Indiana and Michigan are rather high. 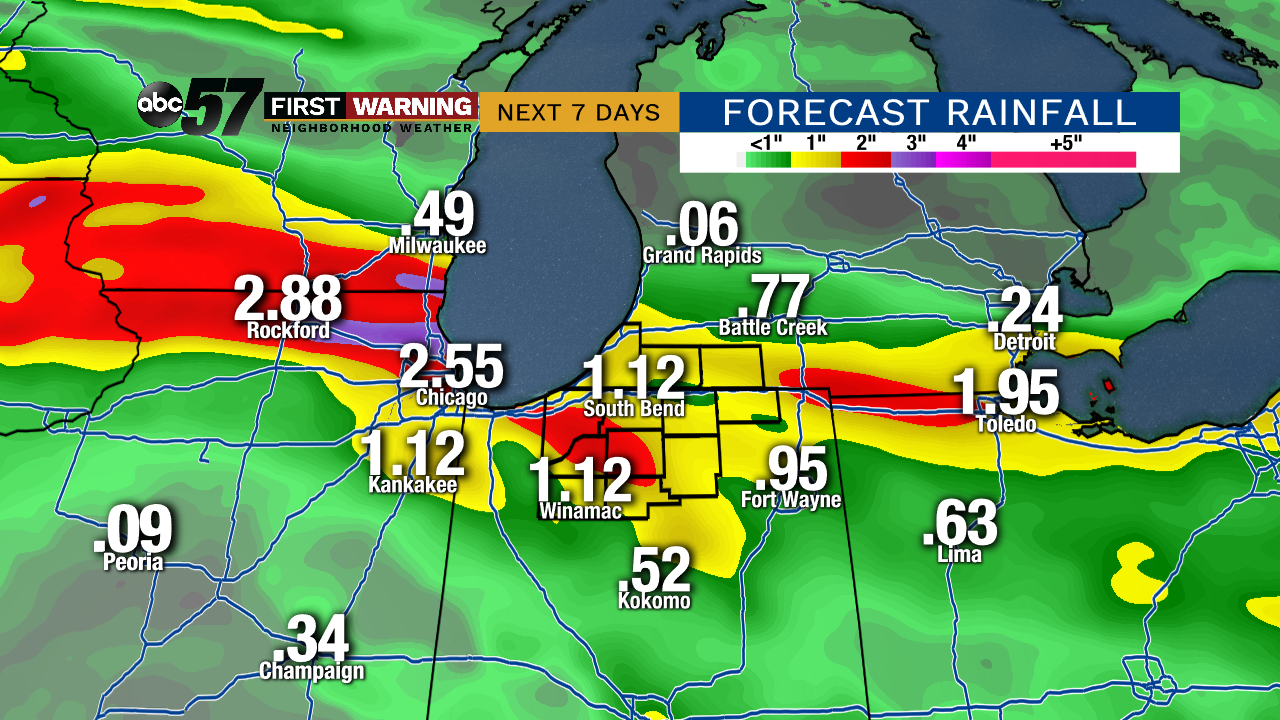 One forecast model's projection of total rainfall through August 14th.
It all comes down to who sees rain and who stays dry. It's possible that one part of a particular county could enter "moderate drought" while another part remains fine. That's how isolated soaking rain can be this time of year. South Bend may be doing O.K. in the rain department, but Lakeville could be struggling.

Looking ahead, there is pretty good agreement that a healthy amount of rain will fall early next week. Most forecast models suggest at least a half-inch of rain for nearly everyone.

If that happens, most of us could fend off true drought conditions. If you don't see a healthy amount of rain early next week, a legitimate drought could certainly become a concern.