Parts of West Virginia told not to use water 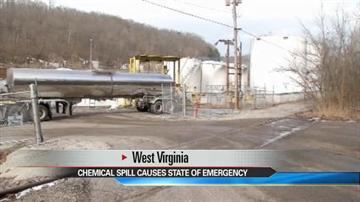 WEST VIRGINIA — At least nine counties in West Virginia are under a state of emergency after a chemical spill early Thursday morning. And residents are being told not to use any water.

The chemical is used to separate coal particles in the coal prepping process. It leaked from an old storage container at a plant and into an area river.

Hours after the smell was noticed, the company realized it had leaked into the water as well.

Officials say extensive flushing and testing of water is needed before they can give an all clear to those nine counties.