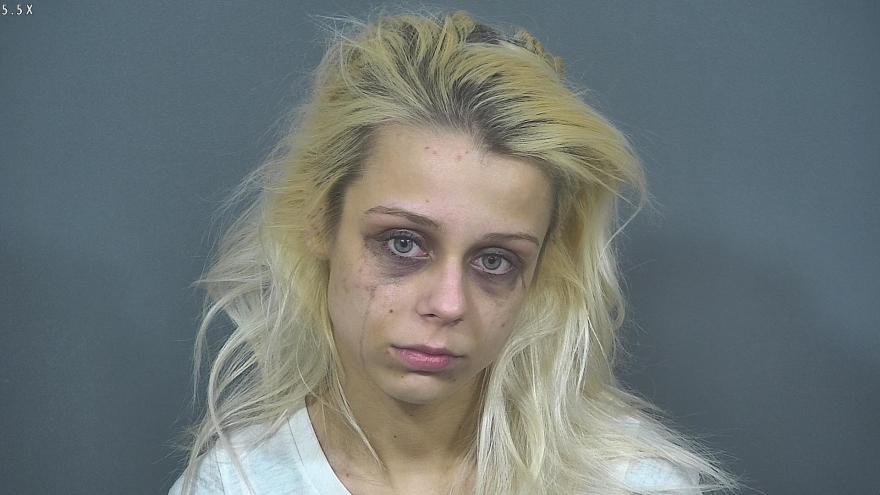 ST. JOSEPH COUNTY, Ind.—A passenger was arrested during a traffic stop for an active warrant and was then found to be possessing methamphetamine on February 3.

On Sunday, an Indiana State Trooper pulled over a vehicle on Edison Road near South Bend Avenue for traffic violations, according to court documents.

During the stop, officers learned through dispatch that a passenger in the car, 21-year-old Rebecca Whitehouse, was wanted on a warrant through Kentucky for possession of stolen property.

Whitehouse was taken to St. Joseph County Jail on that warrant.

At the jail, officers found a clear plastic bag concealed on Whitehouse.

After a field test, the contents of the bag tested positive for the presence of methamphetamine.

Whitehouse told police that it was methamphetamine and that she knew she had it, according to the probable cause affidavit.

Whitehouse is being held at the jail without bond and is charged with Possession of Methamphetamine, a Level 6 Felony, and is scheduled to appear in court on Tuesday.