Pastor first to quit Trump's evangelical advisory board: 'There was a line' 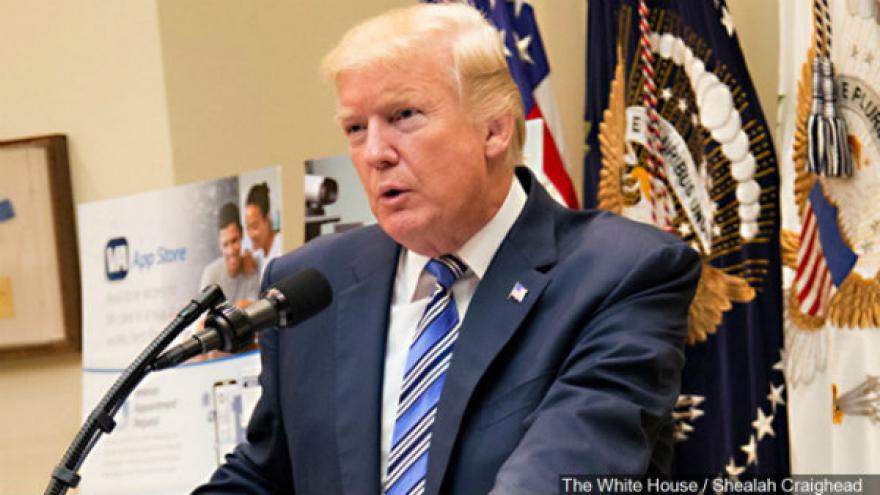 A.R. Bernard announced on Twitter Friday that "it became obvious that there was a deepening conflict in values between myself and the administration."

Many of Trump's religious advisers have stood by the President following widespread outrage over his response to violent clashes in Charlottesville, Virginia, while members of his Committee on the Arts and the Humanities resigned in protest on Friday, capping off a dramatic week that included a stream of CEO resignations from two of Trump's business councils.

"When he vacillated over the last week, especially over Charlottesville, I had come to the point where I had to make a decision to more than just step away," Bernard told CNN's Don Lemon on "CNN Tonight."

"When you vacillate like that, it means that there's not a set of core values that you have determined to guide your thinking, your decision-making. Instead, it demonstrates that you are being tossed between opinions of those around you. And I've got a problem with that kind of lack of leadership."

Lemon cited critics questioning why the Brooklyn pastor did not abandon the President after the revelation of the 2005 "Access Hollywood" tape that exposed Trump's lewd conversation about women.

"I accepted the fact that, you know, the American public by their vote spoke and put a particular individual in office with all of the flaws, with all of the character issues," Bernard said. "I was not there to judge that. I was there to see if there was an opportunity to effect change."

On Trump blaming violence in Charlottesville on both sides of the conflict -- equating the white supremacists on one side with the "alt-left" on the other side, Bernard said he does not expect much from the President, but calls on his fellow religious leaders to speak out.

"I would love to see more of the evangelical leaders who are on the board make strong statements in reaction to it, and that doesn't mean they have to abandon him." Bernard added, "But they should come out and say something of substance."