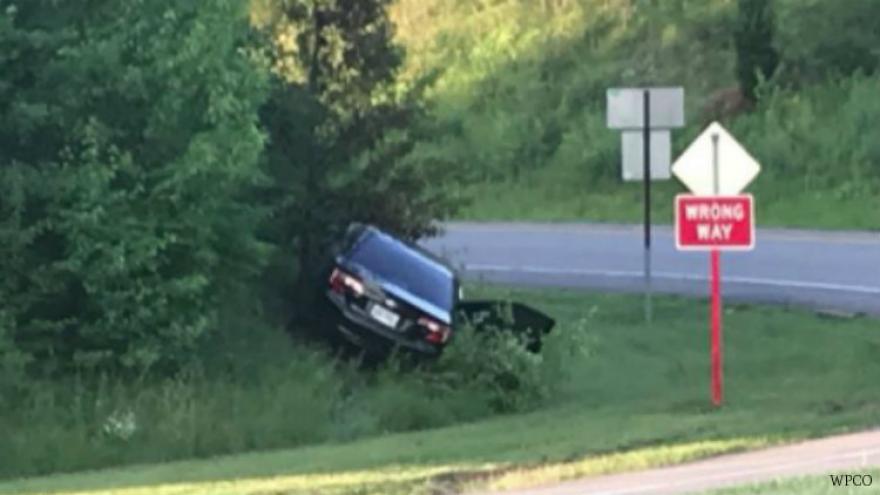 CINCINNATI, Ohio (WCPO) -- Police calls described tense moments as two suspects drove the wrong way on Ronald Reagan Highway at speeds up to 115 mph, then crashed into a car carrying three kids after they got off on Winton Road Saturday evening.

The kids were OK after being treated at the scene, police said.

Here's a sample of police radio traffic as officers described what was happening:

"I've got a vehicle fleeing."

"I got three juveniles in the car."

"We got black smoke coming from the vehicle."

"There are flames coming from the vehicle."

"Three juveniles 9, 7, and 6 all complaining of head injuries."

The incident started about 7:30 p.m. with a robbery call at Marshalls at Northgate Mall, police said.

Officers saw two women get into a black Camry and determined that the car had been stolen. They pursued the Camry southbound on Colerain Avenue to Ronald Reagan at up to 70 mph. The Camry then headed west on Ronald Reagan, driving the wrong way, crossing the median and weaving in and out of traffic, according to police.

The adult driving the kids in a white car was not seriously hurt, police said. The suspects’ car went off the road into a clump of trees. The two women were transported to University of Cincinnati Medical Center with head injuries not considered life threatening, police said.

Police have not released the suspects' names, but they said they would face charges.

Colerain police spokesperson Jim Love said it could have been a lot worse.