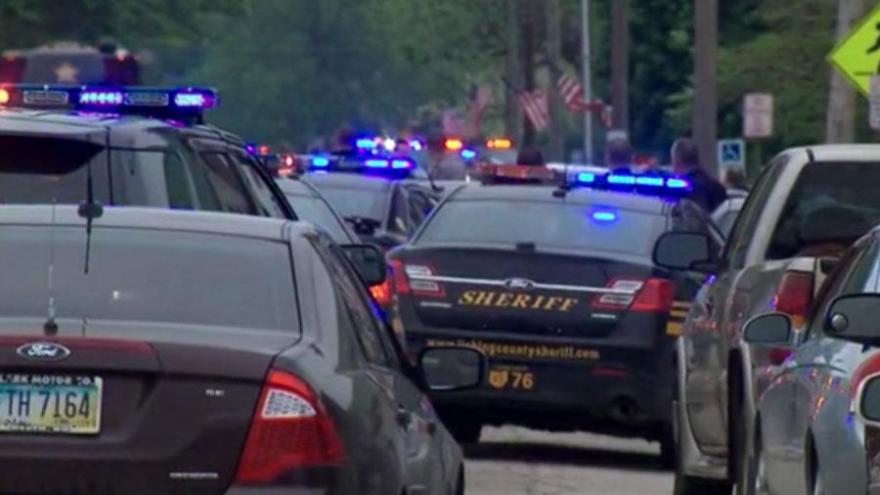 KIRKERSVILLE, OH -- A police chief and two nursing home employees are dead after an "ambush shooting" at a nursing home in Kirkersville, Ohio Friday, authorities said.

The chief had been on the job for just two weeks.

Licking County Sheriff Randy Thorp said the three were killed at the nursing and rehabilitation center in the 200 block of East Main Street. The shooter, an unidentified man, later turned the gun on himself and took his own life, multiple law enforcement officials told WCPO's news partner 10TV in Columbus.

Authorities said there is no longer an active threat to the community.

Thorp said the police chief engaged the gunman near the rear of the nursing home.

"This is a terrible tragedy for our community," Thorp said.

Thorp said a weapon has not been recovered yet.

None of the 23 nursing home residents were injured. They have all been taken to area hospitals.

Thorp said some of the nursing home residents had barricaded themselves during the shooting.

Gunfire only lasted for a matter of minutes just before 8 a.m.

A crisis team is in place to help the responding officers and deputies, including those that pulled the police chief to safety.

The state's Bureau of Criminal Investigation is leading the investigation.

Kirkersville Elementary School was placed on lockdown as a result of the situation, 10TV reported. Police have not released the gunman's identity.