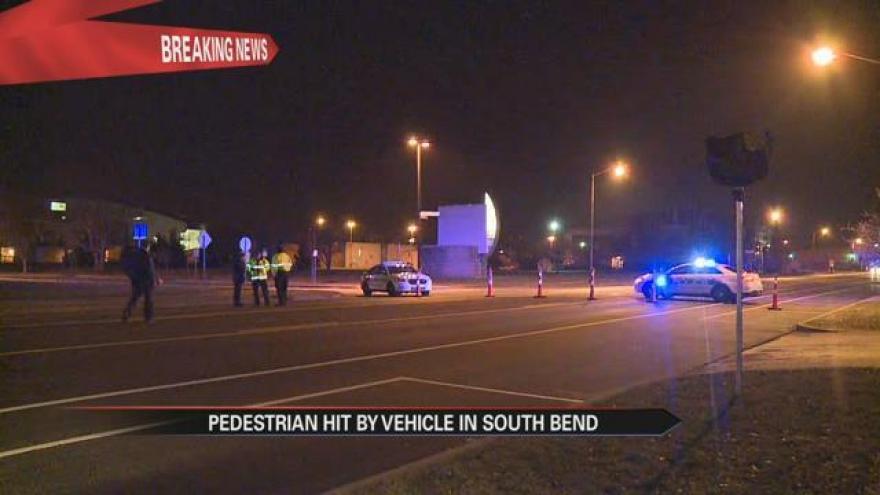 Police say around 9 p.m. a pedestrian was hit by a car on Michigan Street near the Sample Street intersection.

According to South Bend Police, the man was unconscious when emergency crews arrived. The man, who has not been identified, was rushed to the hospital with a severe head injury.

The Fatal Alcohol Crash Team is investigating and has Michigan Street blocked off from Sample to Dean Johnson Blvd.

Police say the of the car is fully cooperating with their investigation. While there isn’t a reason to believe alcohol played a factor in the crash, it is protocol for FACT to investigate crashes with serious injuries.