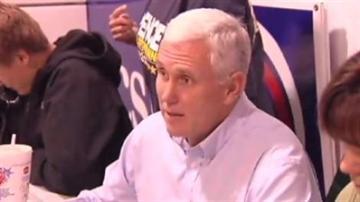 Newly elected Indiana Governor Mike Pence is on a mission to cut income taxes by 10 percent. Pence presented his budget plan to lawmakers just days after getting sworn into office.

The governor's plan calls for half of it going into effect this year and the other half next year.

State budget director Chris Atkins said it would lower taxes for most small business owners and employers. It would also put $500 million back into the economy.

A one percent increase in money will also go to public schools and state universities.

Currently, the budget gives $190 million to K through 12 schools. And schools will face a performance based assessment after the first year.

Atkins said that schools can get money based on its graduation rate, their school letter grade and scores on the third grade reading assessment.

Atkins said the proposal would lead to a $2.3 billion surplus at the end of two years.

This is Pence's first budget presented in the State House.  It is currently working its way through the general assembly. A decision is expected by the end of April.