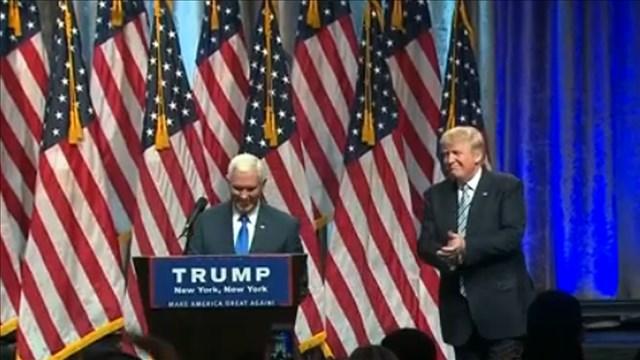 Josh Pitcock, Pence's federal lobbyist and a former congressional staffer for Pence, will write policy for the Pence VP campaign. And Marty Obst will work as director of operations after serving as the campaign manager of Pence's re-election bid in Indiana.

Marc Short, a former director of the Koch brothers' umbrella campaign organization, will work as senior communications adviser. And Marc Lotter, a relatively new addition to Pence's small circle of loyalists, will serve as press secretary.

The group represents a blend of new and old Pence loyalists -- but is notable for the lack of any longtime Trump staffers in the mix. The announcement comes just a few hours after the Trump campaign's somewhat unorthodox rollout of Pence as his running mate Saturday morning.

"The campaign welcomes the addition of Governor Pence and his team of advisers to the ticket. Governor Pence is a man of impeccable character, and his addition to the ticket sends a powerful message to Hillary Clinton that America is not for sale," Manafort said in a statement.