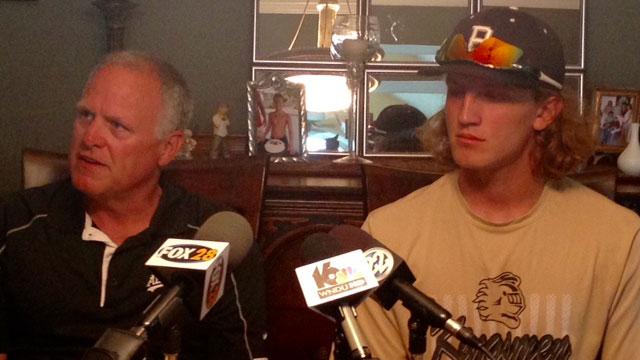 A 2016 Penn High School graduate announced Thursday he has signed with a Major League Baseball team and will be reporting for training on Friday.

Skylar Szynski officially signed with the Oakland Athletics and will head to the A's training facility in Mesa, Arizona on Friday.

Szynski also had the option of playing baseball at Indiana University.

Szynski was drafted in the fourth round last week.