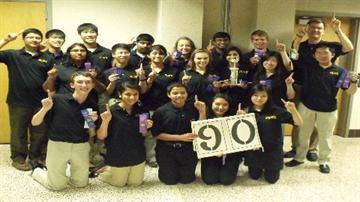 For the Kingsmen it was their 30th perfect score dating back to 1994.  It is believed there have only been about 43 perfect scores in the history of Hoosier Spell Bowl and Penn owns 30 of them.

Here are the complete standings from the East Noble Invitational.

It should be noted that Penn's junior varsity team scored 71, which was 28 more than the second place team but only one team from each school can compete in the official standings.

Penn's next competition is on Thursday, September 20, when they compete at the Winamac Invitational.