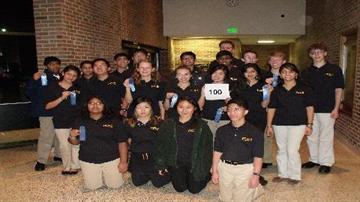 The Kingsmen will try to garner the school's 12th state crown in the past 14 years.

The assignment will not be an easy one for the Kingsmen as they must face defending state champion Martinsville's Artesians, who topped Penn 90-89 in the dramatic 2011 state finals.

In regional qualifying meets across the state this October, the Kingsmen and the Artesians tied for top state score with perfect marks of 90.

Other schools from the greater Mishawaka and South Bend areas competing at state will be Plymouth, John Glenn, Kouts and Winamac.

Competition starts at 10:45 a.m. and the public is invited to attend.  There is no admission charge.

(Source: This was a press release courtesy of  Joe DeKever)