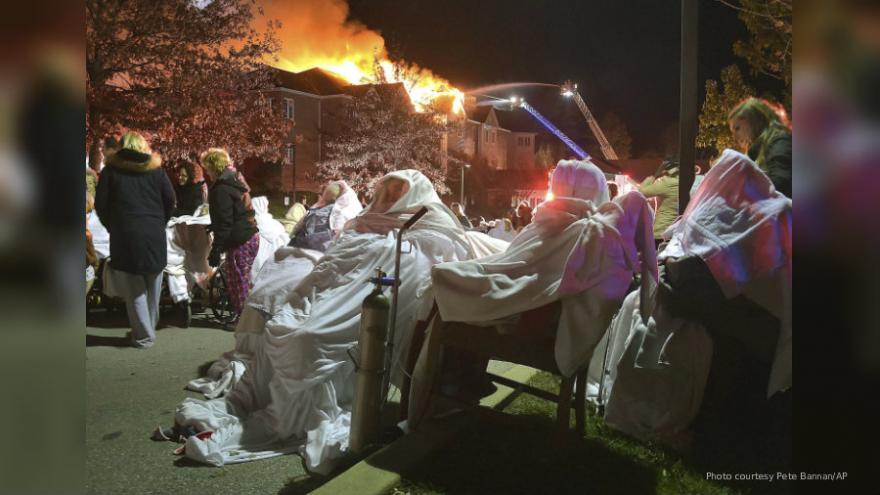 (CNN) -- A fire ripped through a multistory nursing home in southeastern Pennsylvania late Thursday, injuring at least 20 people and forcing more than 140 people to evacuate into the cold night, officials said.

Outside the home, first responders and neighbors tended to evacuees who were wrapped in blankets, sitting on plastic chairs and wheelchairs in the cold, with temperatures in the mid to low 40s.

At least 20 people were taken to hospitals with injuries, including an emergency medical service responder, Chester County spokeswoman Patty Mains said. Details about the injuries were not immediately available.

"Emergency personnel have relocated residents to several locations and are working to connect the residents who were transported to the local hospitals or shelter for safety to their families," said McDonald, the fire chief.

The fire was under control shortly before 1:30 a.m. ET, though firefighters still were battling hot spots, McDonald said.

The fire's cause was under investigation, he said.

Susan McCardell, whose mother lives at Barclay Friends, told KYW that facility staff and others appeared to do a good job of getting residents out of the complex.

"It seemed like they were being taken care of and moved to a safe and warm facility. We're very grateful to see that so many people were taken care of, and we're happy to find our mom," McCardell said.