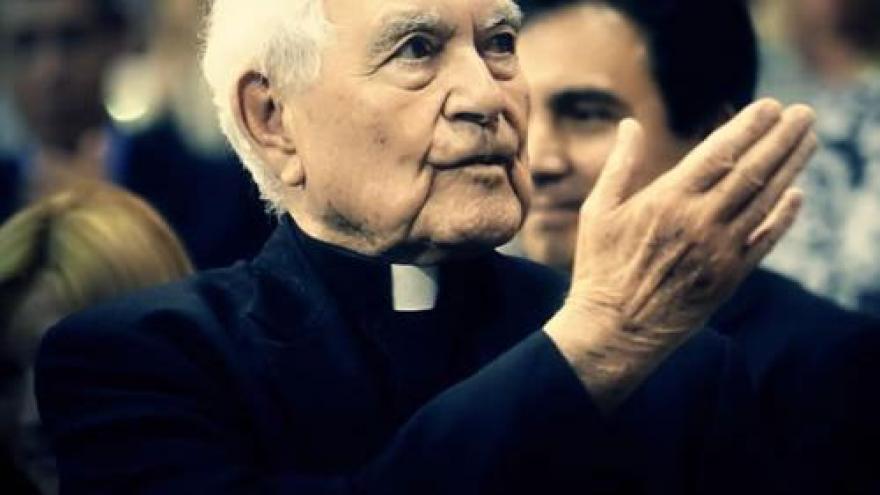 NOTRE DAME, Ind. - Wednesday people all across the world and right here in Michiana are saying farewell to Father Theodore Hesburgh.

Many who were not able to attend Father Ted's invitation-only funeral, opted to gather at the Debartolo Performing Arts Center on Notre Dame's campus for a live stream.

More than 50 people gathered at the Debartolo Wednesday afternoon to view the funeral.

Though the mood was somber, one woman said she felt lucky to have known Father Ted during his time here.

Another person who attended made the drive from Milwaukee. He said being here was important.

“Without the work that he did and his legacy and his commitment to his faith and to the university, none of the education that I received would have happened,” Notre Dame Alumnus Crawford Wiley said.