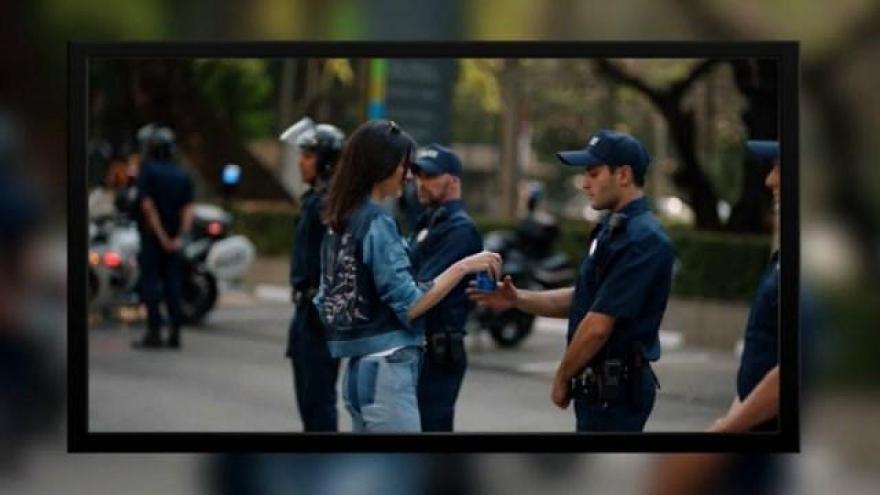 The soda company announced on Wednesday that it will remove the ad, which sparked an immediate online backlash.

"Pepsi was trying to project a global message of unity, peace and understanding. Clearly, we missed the mark, and we apologize," the company said in a statement. "We did not intend to make light of any serious issue. We are pulling the content and halting any further roll out."

Pepsi also apologized to Jenner herself for putting her in this position.

The ad, in which Jenner participates in a photo shoot before joining a group of protesters and offering a stoic police officer a Pepsi, was accused of appropriating the Black Lives Matter movement and using social justice to sell soda.