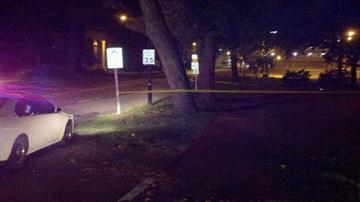 The shooting happened after 8 p.m. at Michigan and Riverside.

We're told by a source close to the investigation that the victim was rushed to Memorial Hospital. We have not been able to get any word about the extent of the person's injuries.

We have been able to confirm by police that the person was shot three times, twice in the chest and once in the leg. We have not been told if these are life-threatening injuries.

Officers told our reporters that at least two black men took off on foot from the area of the shooting.

We are getting an unconfirmed report that two of the suspects have been caught and that K9 are still searching for a third suspect. We are working right now to confirm that information with our sources.

A perimeter has been set up right now to try to track down any other suspects.

ABC 57's Rachel Glaser and Jaclyn Kelley are both on the scene.

Stay with ABC 57 News for the latest details about this breaking news story.