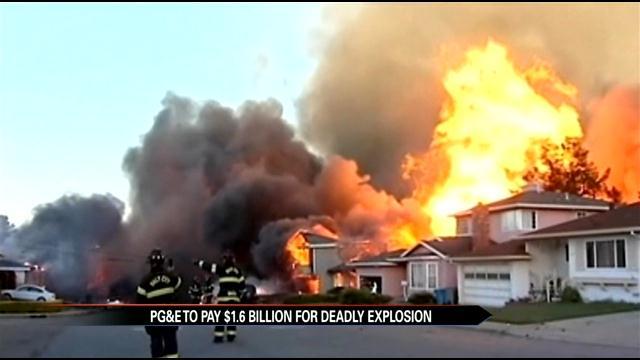 It's been almost five years since a gas pipeline exploded in San Bruno, California, killing eight people and injuring 58 others.

38 homes were also destroyed in the explosion.

Now, PG&E has been ordered to pay a $1.6 billion fine for the accident.

Until Thursday, the largest fine ever levied by the California Public Utilities Commission was $145 million.

Of the PG&E fine:

A spokesman for the company says the utility will not protest the penalties.

"We never want any accident ever again and are taking steps to make sure the gas system stays safe," said PG&E spokesman Greg Snapper.

Those affected by the blast say no amount of money paid out can bring back their families, homes or personal belongings.