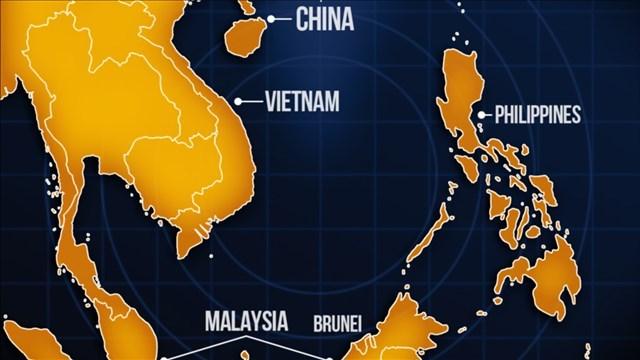 (CNN) -- A 5-year-old girl has become the youngest reported victim of the war on drugs in the Philippines, according to Human Rights Watch.

Danica May Garcia was shot to death in her family's store by two men on motorcycles, said police in Dagupan in Pangasinan province.

Their likely target? The girl's grandfather, according to a local official. A community leader said that days before the shooting, the grandfather, Maximo Garcia, had turned himself in to police in an effort to clear his name, along with about a dozen accused drug users.

Garcia eventually returned to the family. The grandfather was later shot three times and injured, police said. He is in a hospital under police guard.

"We have a witness who came forward to identify the gunman," Dagupan police Chief Neil Miro told CNN. "I will withhold the name of the suspect, but it seems it may have something to do with illegal drugs, too.

"We are still investigating the real motive, but since Maximo Garcia surrendered last Friday for drug use, we have reason to believe the attack was related to his drug activities."

Authorities would not say it was vigilantism, however.

Those suspected of involvement in the illegal drug trade have become targets of a national war on drugs that Philippines President Rodrigo Duterte launched after assuming office June 30.

Human Rights Watch reports that more than 1,000 Filipinos have been killed by unidentified gunmen between July 1 and August 19. And since Duterte took office, the national police chief says more than 700 drug users and "pushers" have been killed in police operations.

Duerte has been relentless in his pursuit of tackling crime -- though his critics say he often oversteps the mark.

He has said that his tenure would see the end of crime, and has even said he would not oppose his police force or even citizens taking the lives of criminals.

In a nationally televised speech in June, Duterte, the president-elect, told citizens, "If (a criminal) fights, and he fights to the death, you can kill him."

He added, "Please feel free to call us, the police, or do it yourself if you have the gun ... you have my support."

Police told CNN that Danica is not the first child victim, but that she could be the youngest. They also noted it was not a police operation.

"I hope they will not blame the current campaign on drugs for the deaths of these minors," Senior Superintendent Dionard Carlos, a police spokesman, told CNN.

"Instead let us work together to make those responsible answer for the crime they did and give justice to the victims and their families."

Earlier this month, the United Nations urged the Philippines to stop unlawful killings of people suspected of drug-related offenses.