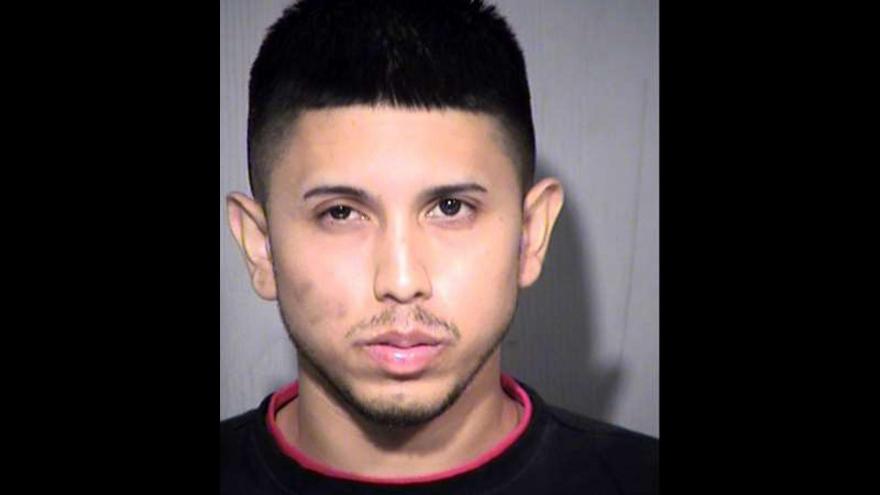 (CNN) -- Phoenix police have arrested a suspect in a series of seemingly random street shootings that gripped the city for more than a year, authorities said Monday.

Saucedo has been in custody several weeks on charges he killed his mother's boyfriend in August 2015, Police Sgt. Jon Howard said.

New evidence and tips from the community led police to charge him with the eight other killings that happened between January 1, 2016, and June 12, 2016, Howard said.

The man called "the serial street shooter" usually struck at night, standing outside his car and blasting away with a semi-automatic pistol.

The city's fear peaked because most of the killings came in a cluster, with seven people slain in a two-and-a-half-month period last spring. The deadliest shooting happened June 12, when three people -- a 12-year-old girl and two women in their 30s -- died after being shot outside a house.

Police said most of the shootings happened in the low-income neighborhood of Maryvale as the victims walked down streets or stood in their yards.

Police have not offered a motive in the street killings.

Police say it appears Saucedo didn't know any of the victims except for his mother's boyfriend, Raul Romero, who was found shot to death in his driveway.

Police arrested Saucdeo in that case after finding a pistol he'd sold at a pawn shop and matching it to evidence found at the crime scene, court documents said. He was charged with murder in that case on April 21.

It was not clear Monday whether Saucedo had obtained a lawyer. According to the complaint in the Romero case, Salcedo said he did not commit that crime.

Another series of shootings last year put Phoenix on edge, but Williams said there's no evidence to connect Saucedo to the I-10 Freeway Shootings.

Nobody was killed in those shootings, in which about a dozen vehicles on the interstate outside the city were shot between August 29 and September 10.