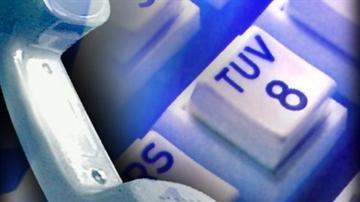 Police received a report from a Middlebury resident about an attempted phone scam.

The resident stated that she received a phone call at home from a person stating he was her grandson.

The caller said he was in Mexico with a friend and they had been arrested by police.  He said he needed money sent via Western Union to Mexico so the two young men could bond out of jail.

The caller even had the correct name of the victim's grandson's friend.

Another person got on the phone and identified themselves as an U.S. Representative for Americans incarcerated in Mexico.

This person also confirmed that the money should be sent by Western Union so the two boys could be released from the Mexican jail.

The victim then called her grandson in Bristol and confirmed that he was not the caller and had not been to Mexico.

Police say that this is one of the latest phone scams in the area and residents need to be aware this is going on and do not send money as this is a scam.

(Source: This was a press release from the Middlebury Police)