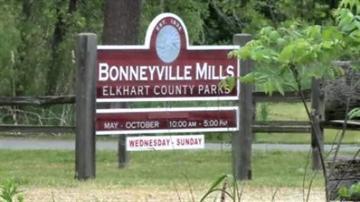 ELKHART COUNTY, Ind. -- A group of area photographers are not smiling about a new permit required at some Elkhart County parks.

The public parks will no longer serve as a free backdrop for any kind of photo shoot.

Michiana photographers capture those memorable moments of any special occasion. Many of which take the shoot outside to taxpayer funded parks like Bonneyville Mills.

"I am out here four or five times a year, usually for engagement shoots," said Pat Brownwell owner of Brownwell Photography in Elkhart.

Now, if local portrait photographers like Brownwell want to snap photos at county parks like, they will have to apply for a permit, give three days notice and pay $10 a day.

Although the fee and the paperwork are a hassle, Brownwell says he doesn’t mind it.

"If someone contacts me to come out and do a shoot I will probably just get the permit to be on the safe side," said Brownwell.

But other local photographers took to Facebook saying they’ll no longer being doing shoots in Elkhart due to the permit changes.

In 2009 Elkhart County Parks revised its permit policy to include portrait photographers, but Brownwell says many people have not been paying the fee, which is why he say he will be surprised if anyone starts now.

"Frankly I don’t see anyone out here enforcing any of the rules, so there still really aren’t any penalties for not paying it," said Brownwell.

The new permit was passed May 13th and takes effect immediately.