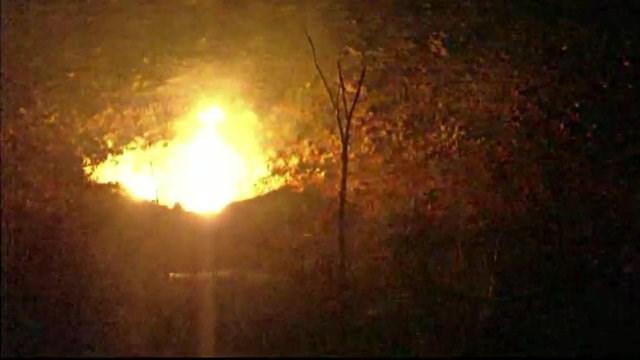 ABC affiliate, KMBC, reports crews were called to the scene at approximately 6:30 p.m. regarding a large fire.

An hour later, the fire was still burning but the flames had greatly reduced in size.

Sources say a pipeline company crew shut off the valve so the fire could burn itself out.

According to the Kansas City Fire Department, the pipeline carried ethane and propane.

The fire did not affect any flights and was not on the property of the airport.