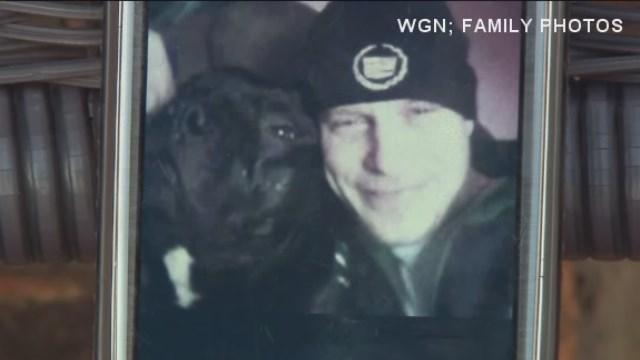 A pit bull mauled his owner to death in Portage, Indiana on Christmas Day.

40-year-old Eddie Cahill was at home Christmas Day with his two 8-year-old dogs Fat Boy and Keylo. His wife Blanca Rodriguez was spending the day with her family. When she returned home around 5 p.m. she found Fat Boy with blood on his mouth and Cahill dead in the living room covered in dog bites.

After the attack, the dog was taken to the Humane Society in Hobart, Indiana. Animal control officers say they had to use a taser to get the dog under control and today, per the family's request, the dog was euthanized.

The family says they had given the dog bones for Christmas and it was just a freak accident.

Rodriquez emphasized over and over again this afternoon they had never any problems with Fat Boy in the past, but in a police report she told the responding officer she had warned Cahill to euthanize the dog, because the dog was violent and unpredictable.

But she says that is not true.

"They were playful dogs," she said. "One slept with the girls and the other slept with me and my husband."

"I don't want people to think bad of pit bulls," Rodriguez said. "It was a freak accident. He loved those dogs."