Pittsburgh ND fans excited to watch Irish in their hometown 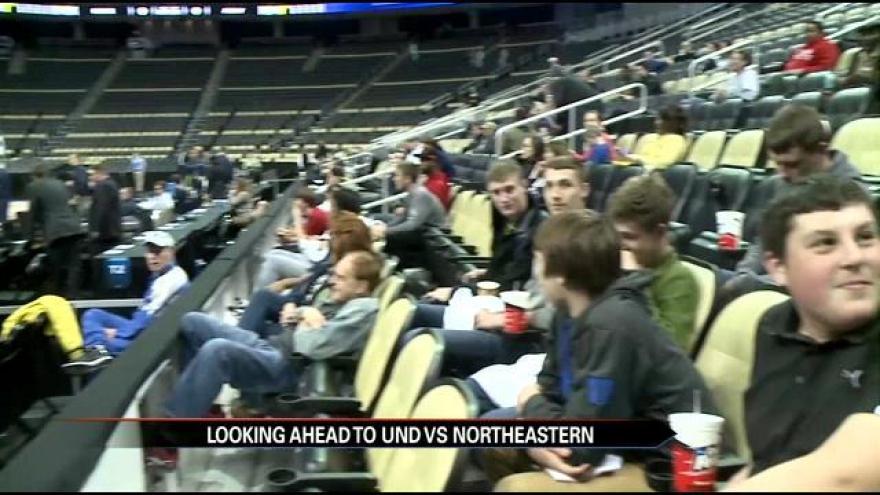 Joe Bartunek has been a Notre Dame 'superfan' for 50 years, and Wednesday was his first shot to watch Notre Dame's men's basketball team shoot hoops in Pittsburgh.

“I love it, and they're doing a good job. They're practicing harder than the other teams were. But believe me, I just love them,” says Bartunek.

He is just one of several Pittsburgh natives who is excited that March Madness found its way to their hometown.

“Love having them here, especially with it being a big game. I'm really looking forward to tomorrow,” says fan Justin Turner.

Turner says he's leaving work early to make it to the game against Northeastern on Thursday.

“Last year was a little rough, but it's been an amazing season. I'm trying to take it all in. As I tell everybody, one of the lessons I learned from the 2012 football season is to just enjoy the ride.”

The Fighting Irish will take on the Northeastern Huskies Thursday at 12:15.