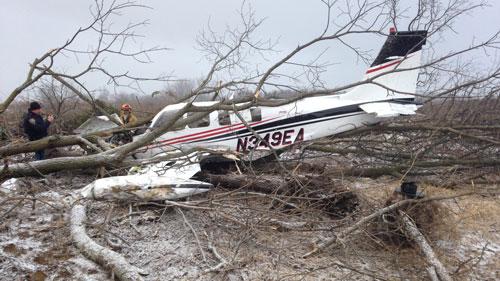 At approximately 3:50 p.m. on Sunday, Indiana State Police from the Pendleton district responded to a report of a plane crash in Delaware County.

A homeowner called police after witnessing a small plane crash land in a field behind his home.

Troopers found the pilot still inside the aircraft.

Richard Kingston, a 59-year-old resident of Norris City, Illinois, was conscious and alert.

EMS and Fire Rescue officials arrived on scene and extricated the pilot from the aircraft.

Officials say the plane, a single engine Raytheon, had skidded across a corn field before finally coming to a stop.

The FAA is investigating to determine the cause of the crash.