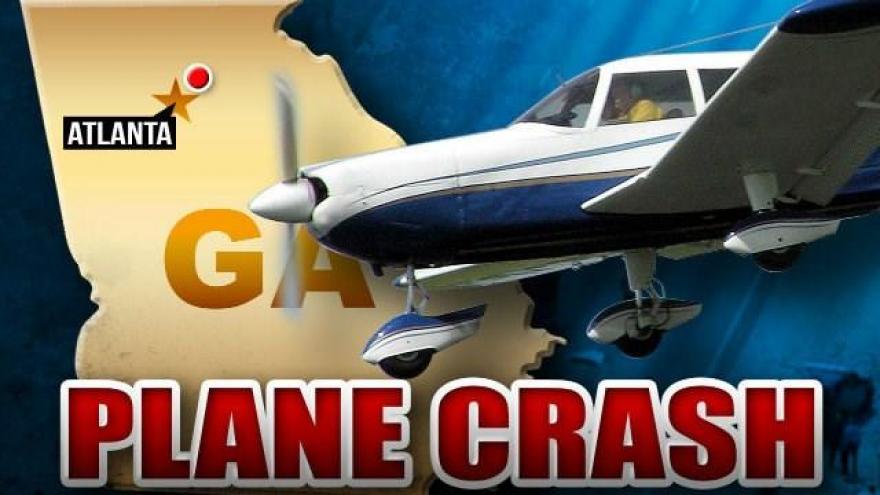 (CNN) -- A private plane crashed into a residence in an Atlanta suburb Friday night, but the people inside the home got out safely, authorities said.

A Cessna Citation I aircraft went down about three miles northeast of Cobb County International Airport-McCollum Field, north of Atlanta, around 7:20 p.m. ET, the FAA said. The plane had been headed to Fulton County Airport, about 20 south of McCollum Field, the FAA said.

The Cobb County Fire Department said the plane crashed into a home but everyone inside the house got out safely.

Firefighters were still on the scene Friday night and no injuries or fatalities were confirmed.

It's not known how many people were in the aircraft. The Cessna Citation I is a small jet, according to the Cessna website.

Neighborhood resident John Perry said he noticed his neighbors "were looking up in the sky and I see a plane going straight down, it was going down in a corkscrew fashion, it was really slow, I couldn't hear an engine," according to CNN affiliate WAGA.

FAA spokesman Rick.Breitenfeldt said the FAA will investigate. The National Transportation Safety Board will determine the cause of the crash.