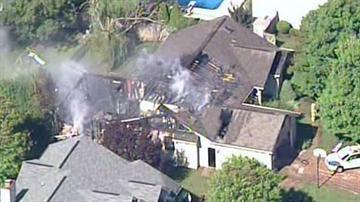 COLUMBUS, Ind. -- A small plane carrying at least two people went down in Columbus Thursday morning and crashed into a house.

WRTV reports the plane was taking off from Columbus Municipal Airport when the crash happened.

The house caught fire after the crash.

One person who was in the home got out okay, according to WRTV.

Wishard Memorial Hospital confirmed to WRTV that two patients were airlifted from the scene. They had severe burns but are expected to survive.