Plane runs off tarmac at O'Hare 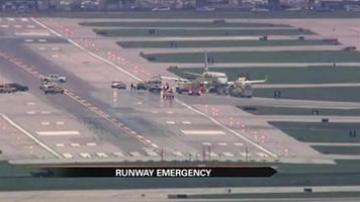 CHICAGO -- A plane skidded off the runway after landing at Chicago's O'Hare Airport.

The American Airlines flight was coming from New Orleans when it landed safely but as it was taxiing it, went off the tarmac.

According to American Airlines none of the passengers or crew were hurt.

"It was a little bit surprising. I don't normally see things like that when I'm taxiing in from a flight. So yeah caught everyone's attention," said passenger Christina.

A bus was brought out to the tarmac to bring everyone on board to the terminal.