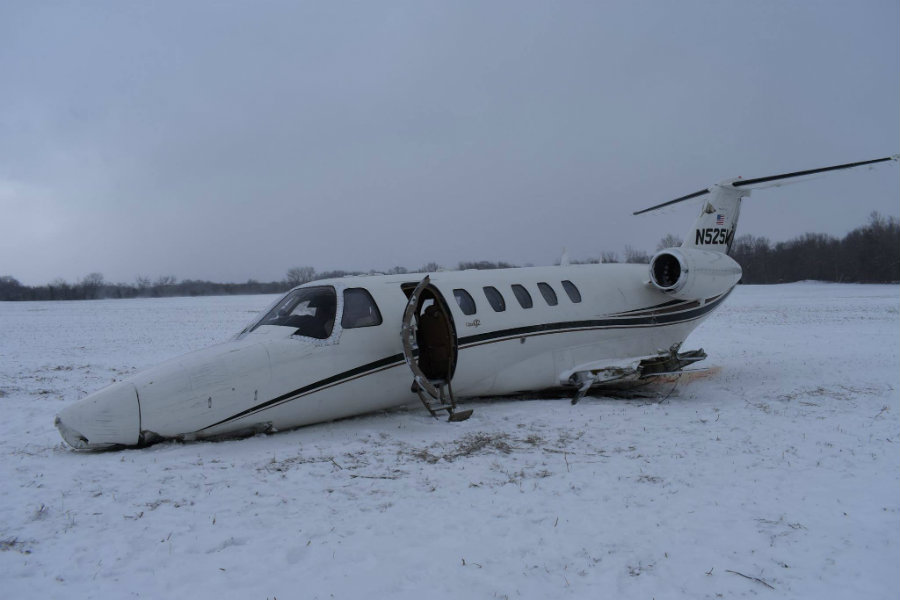 MICHIGAN CITY, Ind. -- No injuries were reported after a plane skidded off a runway at Michigan City Municipal Airport Wednesday morning.

According to Michigan City Police, a CJ2 small business plane was attempting to land but the pilot made the decision to abort the landing, however, there was not enough room.

The plane slid off the runway, through a fence, guardrail, across Highway 20 and 300 feet into a field.;

Police say there were no injuries reported, but the aircraft sustained extensive damages like the loss of a wing and landing gear.

As the FAA investigates, the pilot's name is being withheld.