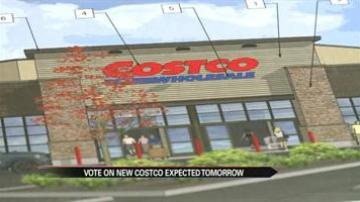 MISHAWAKA, Ind. -- Wednesday night the Mishawaka City Planning Commission will decide whether or not Costco can build a store on University, just east of the Target.

"The value of what they sell there is very good," said David Ivaldi.

Tomshack loves Costco enough to drive an hour and twenty minutes away to the nearest one-in Merrillville, Indiana.

The planning commission should have voted last week, but Costco's representative didn't show up in time.

"When I was leaving the office he showed up but everyone else had already left so we couldn't hold the meeting," said Greg SHearon, senior planner for the city of Mishawaka.

Costco's rep says he got stuck in traffic caused by an accident on his way from Chicago.

So a rescheduled special vote will take place Wednesday night.

The city's planning department recommends the approval of the site plans.

"They could draw in people from Southern Michigan and even south of Mishawaka I'm sure of that. And once people are there and they see the variety of what they got - because to me it's very similar to like a Sam's Club and I think that'll draw a lot of people in," said Ivaldi.

The meeting will be held at 6 p.m. at Mishawaka City Hall. The meeting is open to the public, but the board will not hear comments from the public - they will just take a vote.

If it's approved, construction could start as early as next month and you could be shopping there by October.