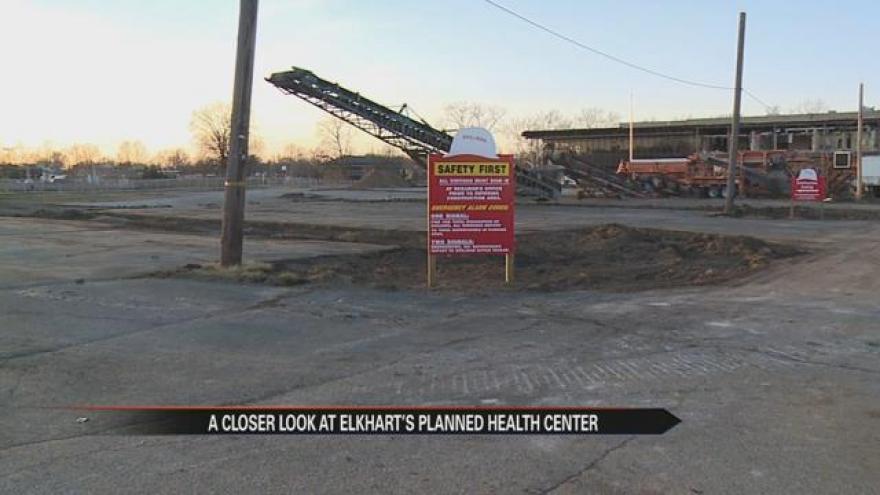 On Wednesday, the developing partners involved in the new Elkhart community health facility will release plans for the upcoming project.

The $55 million project is expected to draw in thousands of people from out of the area and the city anticipates they will bring in a boost to the local economy.

Ryan Pogotis purchased a home in the city in December, with hopes of fixing it up to rent out on Airbnb

Demolition of the YMCA is under way on Jackson Boulevard to make room for the Elkhart Fitness Health and Aquatic Center, which will begin construction in the spring.

According to a letter to the city council, Mayor Tim Neese says the center will employ at least 7 full time workers and provide 100-125 full time positions. In the first five years of business, that will provide those in the new positions with $9.5 million.

The city anticipates events and swimming competitions could bring in over 35,000 people  from out of town every year. They estimate over 16,000 hotel rooms will be needed each year.

With the closest hotels three miles from downtown, Pagotis hopes visitors will want to stay somewhere that feels more like home.

“With all of the things that are happening, the comic con, the jazz festival, the aquatic center, you know I think it’s a good time to be here, at the ground level. We have a complete, new, and resurgence of the city is what I’m seeing,” said Pogotis.

In total, the city estimates the center will bring in an addition $4.7 million to the local economy each year.

The full plans will be released on Wednesday morning.