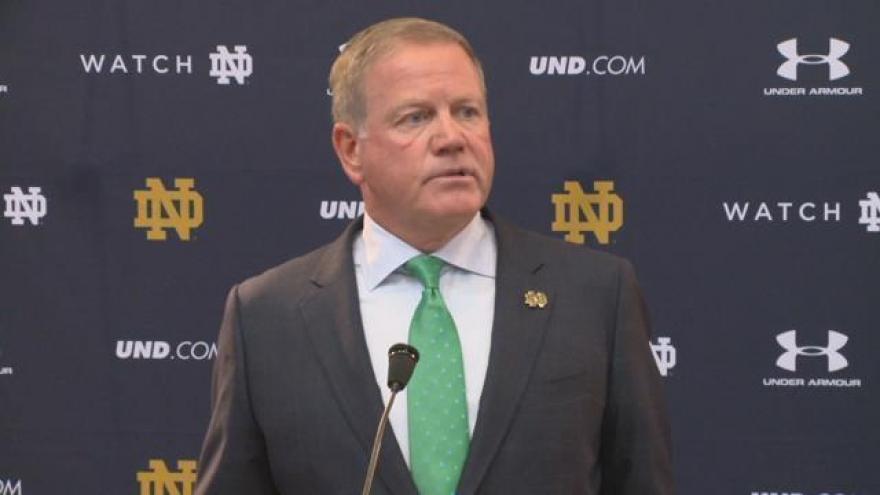 Notre Dame's 2-4 record this season has caused emotions to boil over, specifically with head coach Brian Kelly. Kelly, known for his fiery personality on the sidelines, has on multiple occasions called out his players, citing a lack of enthusiasm. But his players see it as a way to grow, not disrespect.

"I don't think it's necessary for Coach Kelly to start apologizing to anybody on this football team. It's our job to execute the game plan they put in place," Mike McGlinchey said.

"Obviously some guys don't perform in every game and it's tough at this level. Obviously don't love seeing it from a head coach but sometimes it's necessary I guess," James Onwualu said.

"We take that as a challenge here. We accept everything as a team but individually you're going to have to get challenged to be your best and when you're 2-4 right now, everyone has to point the finger at themselves in the mirror and accept those challenges so that we came come out and be more successful and hopefully put together the wins we need to put together in the second half" DeShone Kizer said.

Those challenges could continue if Kelly's players don't step up to his challenge. 2-5 is looming with a Stanford team coming in off two embarrassing losses. Both teams will look to right the ship Saturday at Notre Dame Stadium.