If a lack of heat and humidity is your thing, enjoy the next 7-10 days. It's looking absolutely delightful with really no sign of intense heat or humidity. 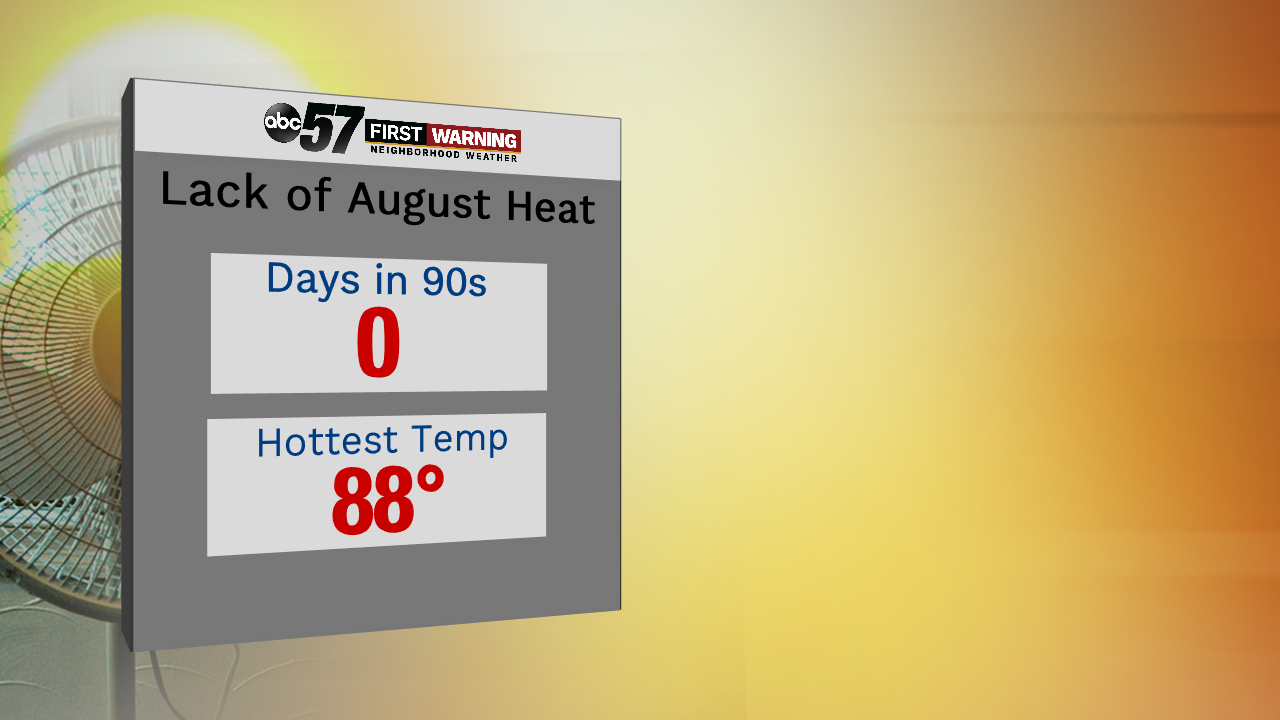 That means we will likely continue our streak of days below 90°. As of the 7th, we have not hit the 90-degree mark in August. And that may seem a bit unusual since many associate the month of August (and July) with the "dog days of summer." 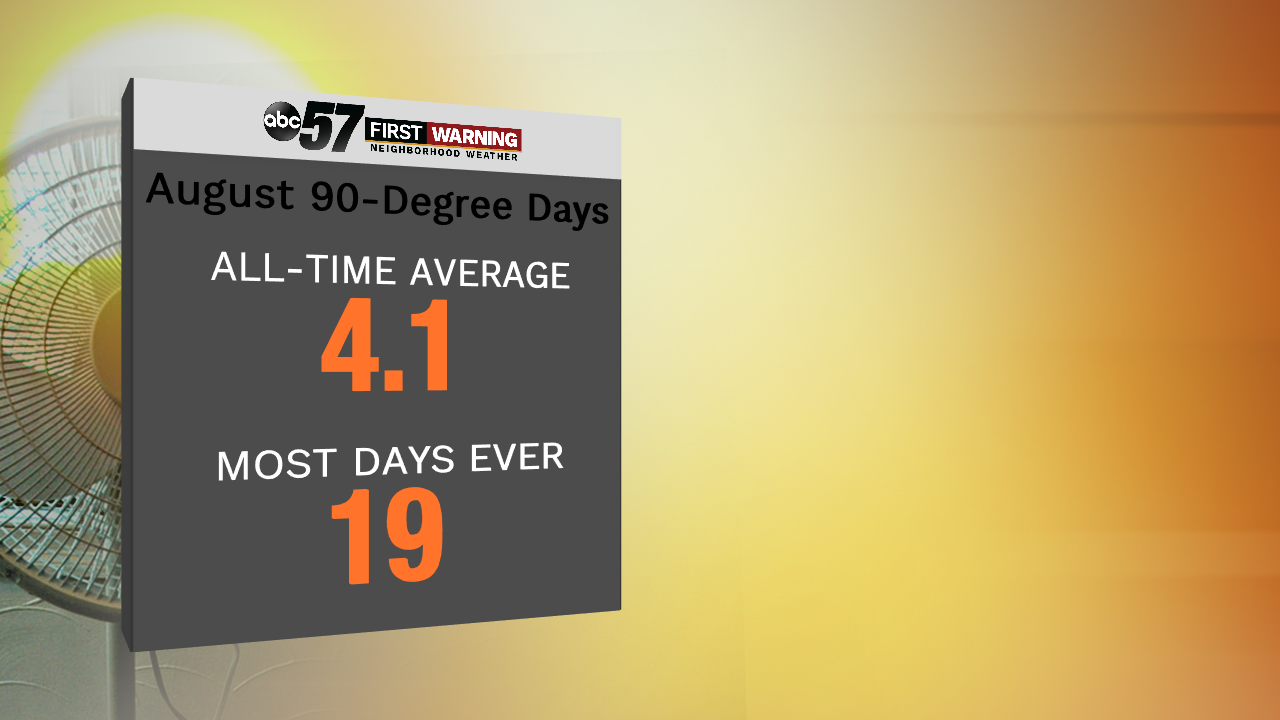 A typical August will feature about four days in the 90s. Believe it or not, we've had as many as 19 days at or above 90° in a single August. That's a rarity, though. 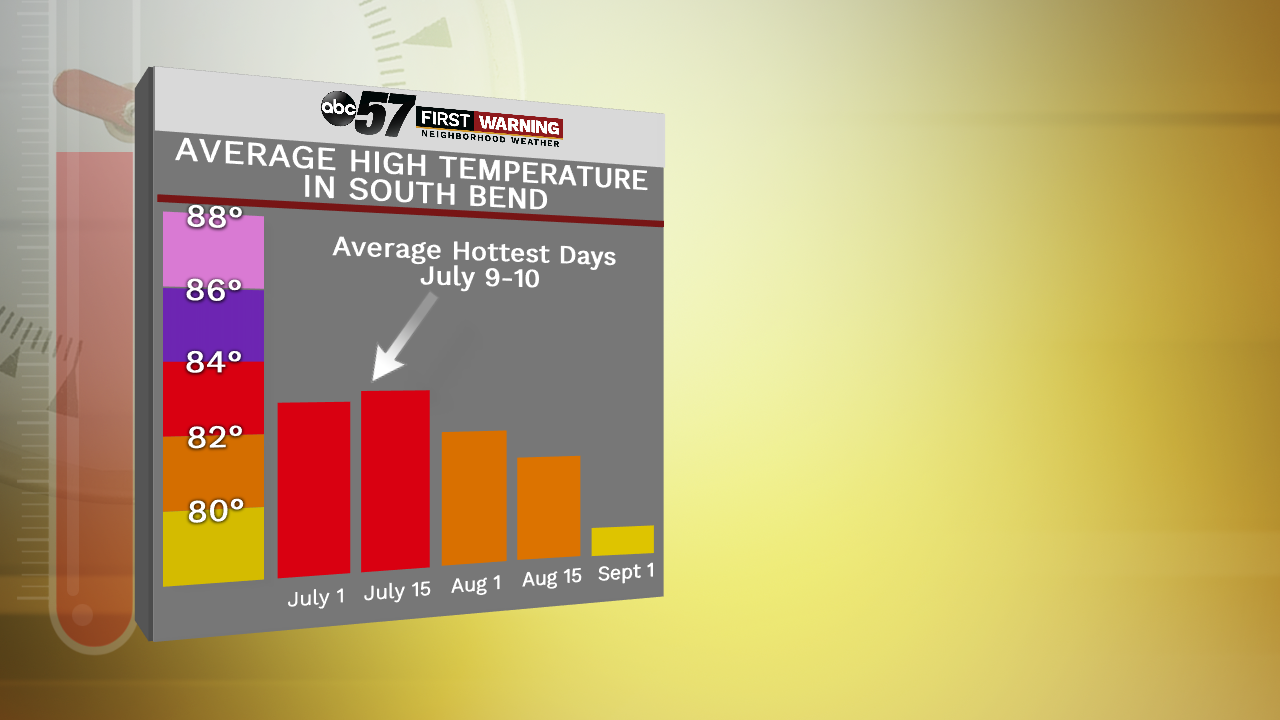 By the last couple days of August, our normal high is already below 80°. 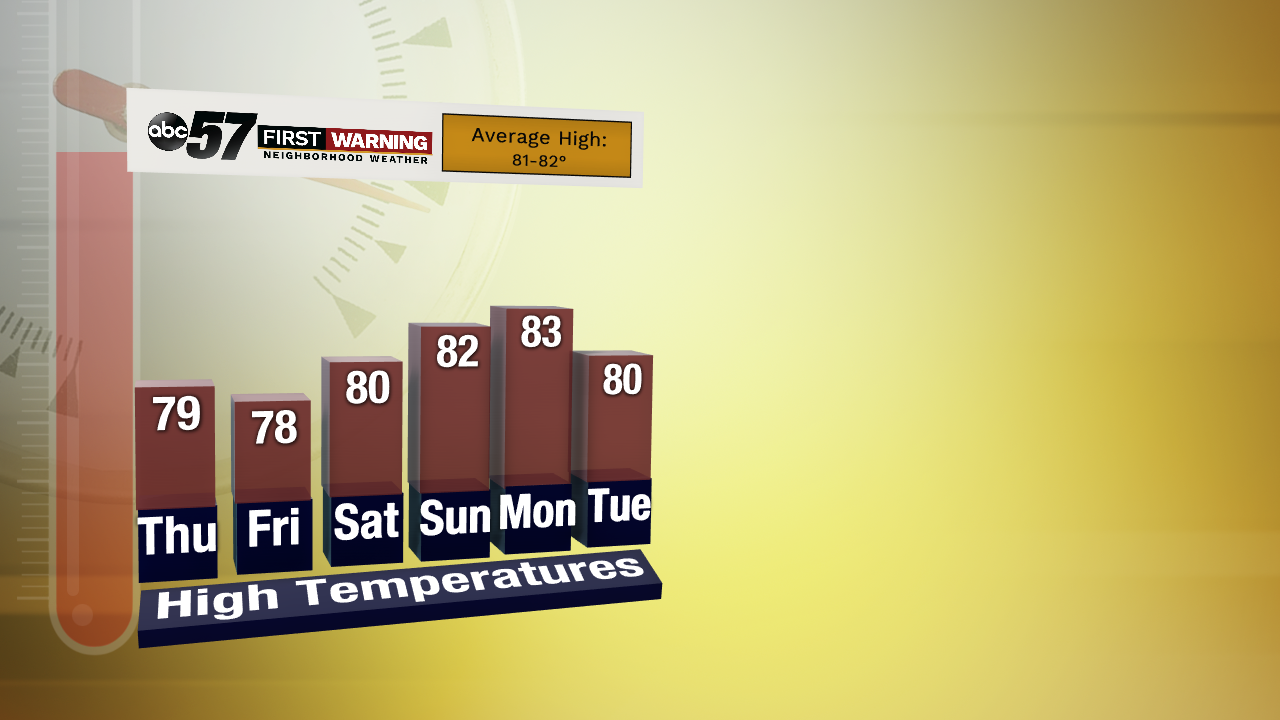 Forecast high temperatures over the next six days in South Bend.
So the forecast of upper 70s and lower 80s for high temps over the next 10 days isn't exactly unusual when we look at the norm and crunch some numbers. It may seem abnormal because August is typically viewed as the hottest month of the year. 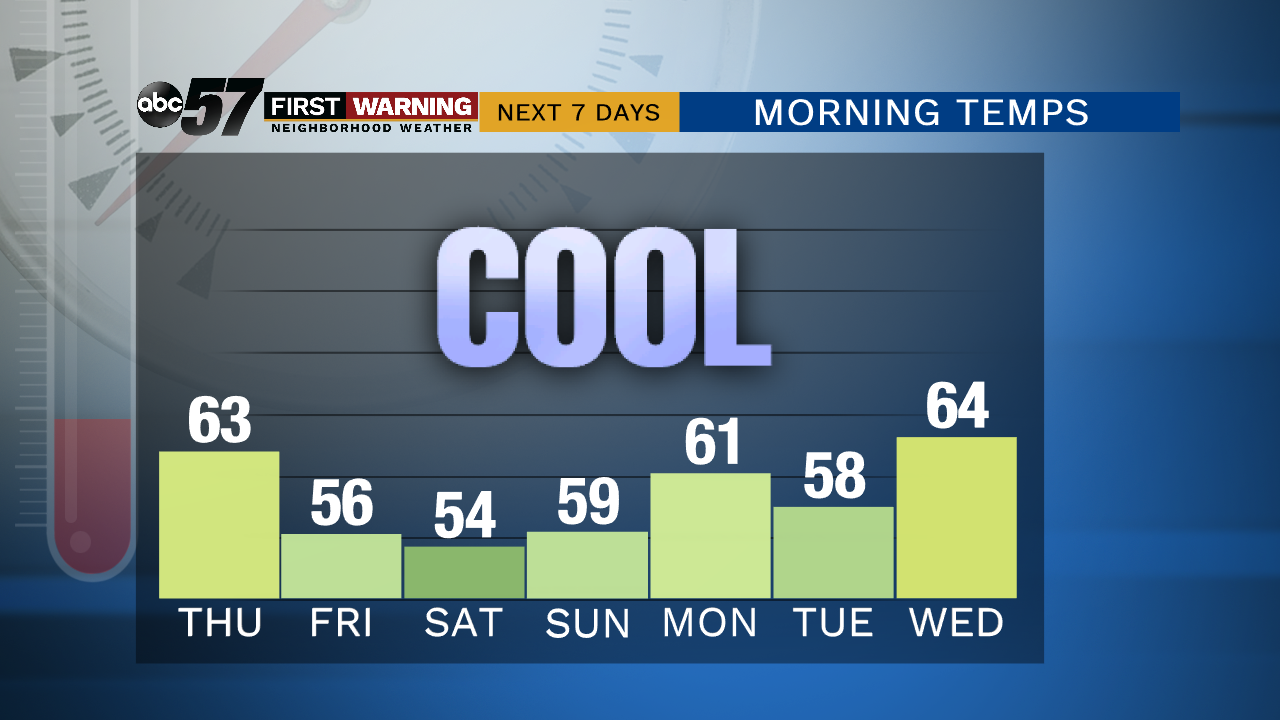 But having a lack of big heat and humidity thru mid-August tells us nothing about what the second half of the month will bring. 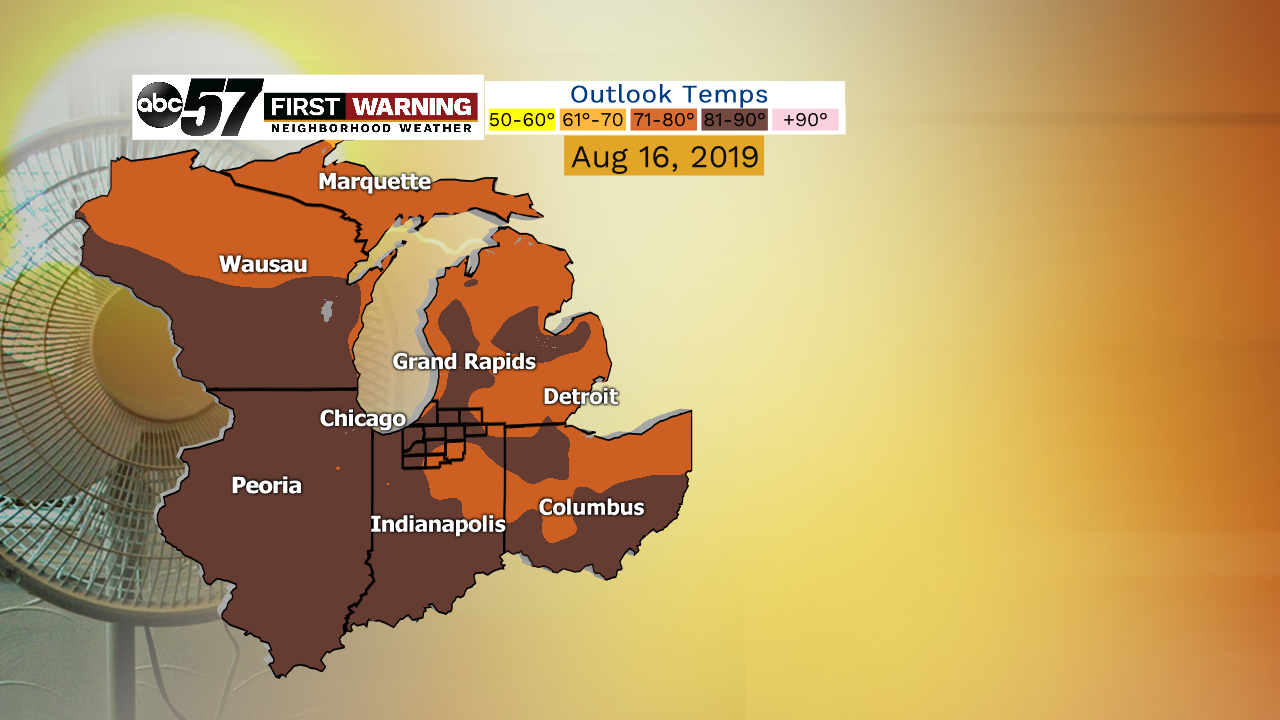 Many forecast models point towards a hotter end to the month with highs well into the 80s by the 17th or so.
That's where long-range forecast models come into play. While predicting exact highs and lows more than two weeks ahead of time is nearly impossible, we can get a gist of extent of heat or cold coming our way.

As of August 7th, many things point towards a hotter pattern beyond the 17th. Does that mean we will get baked by 90s and high humidity? Not necessarily. Will we be hot every single day beyond August 17th? Not likely.

What we do know is that the likelihood of temps reaching and surpassing 85° will go up for the last 14 days of August. And reaching 90° would not be shocking.