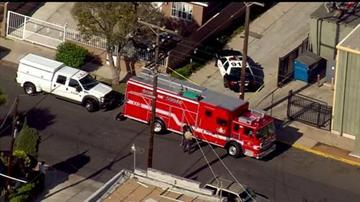 Plumbers working beneath a home in the 3100 block of Boston Avenue reported seeing the grenade around 4:15 p.m., according to San Diego police watch commander.

It was unclear how the weapon wound up beneath the home.

Authorities did not block any roads and no one was injured.